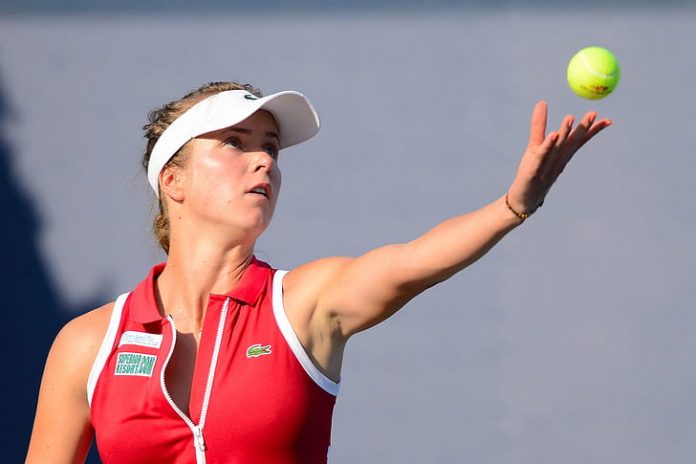 No. 6 in the world After five-year successful cooperation, Elina Svitolina has announced her separation from coach Andrew Bettles. Under Bettles’ tutelage, Svitolina won 11 tournaments and climbed to No. 3 in the world.

Bettles failed to lead Svitolina to a Grand Slam championship and the world No. 1 ranking, which was disappointing for all sides.

“After 5 years and 11 titles together!! Andy and I both agreed it was the right time to move our separate ways,” she said on Twitter.

I am very thankful for all his hard work and endless support. I wish him only the best in his future career!”

After 5 years and 11 titles together!! Andy and I both agreed it was the right time to move our separate ways. I am very thankful for all his hard work and endless support. I wish him only the best in his future career! pic.twitter.com/IPzSL1sS5S

Svitolina recently stated that her husband Gael Monfils is a huge supporter of her.

“I have my coach for that. Gael, he’s more like a supporting person for me, for sure. We chat a lot about tennis,” Svitolina said.

“But, you know, it goes either way. I also support him. He has his coaching team as well.

“We’re not really coaching each other. It’s more massive support that we have for each other. That’s pretty much it.”

Svitolina has parted ways with her coach

Svitolina was knocked out of the Indian Wells Masters round-of-16 by Jessica Pegula, 6-1, 6-1, two weeks ago.

“It was a great day,” Pegula said after beating Svitolina.

“I think I’ve just been making a lot of really good decisions in the right moments. That obviously comes with playing a lot of matches, winning and getting confidence…

“It’s just been more belief that I can play at this level. I think this year, I realized that, and I’ve been having good results.”

Why has Nick Kyrgios has always had a soft spot for...