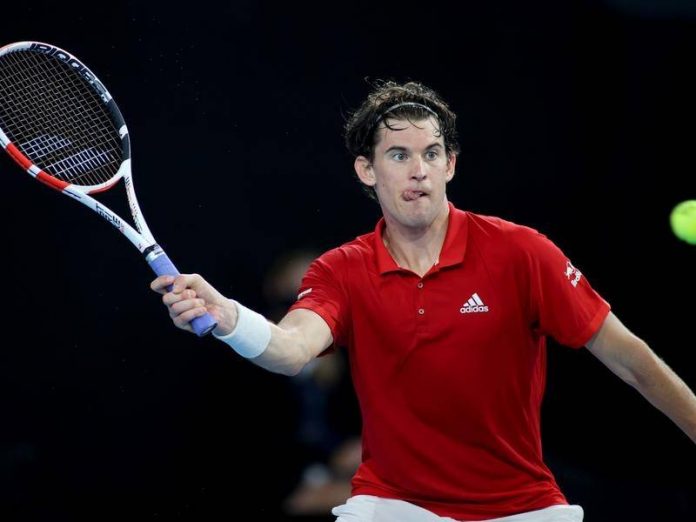 Dominic Thiem is a terrific player, according to Alexander Zverev, but he has cautioned the Austrian to be cautious in his return from a wrist injury.

“I know what a champion he (Thiem) is,” Zverev said as per reports on Sportskeeda.

“I know that he is one of the best tennis players in the world. Everyone knows that.”

At the Mallorca Open in June, Thiem suffered a season-ending wrist injury. Thiem’s wrist, according to Zverev, must be totally healed before he can play his game.

“He (Thiem) plays a one-handed backhand, he plays with a lot of power – that’s why a wrist injury like this won’t be easy,” Zverev said.

“You have to approach it with caution.”

Zverev wishes the best for Thiem

Zverev hopes Dominic Thiem’s recovery is progressing well and that he will be ready for the start of the 2022 season.

“I have no doubts about his tennis,” the German said. “It must be going well for him in terms of health.”

Thiem had hoped to be ready for the US Open by now. Thiem later acknowledged that he had to conclude his season early due to “an unfortunate mistake in the recovery process.

“As most of you know, a few months ago I decided to make some changes to my team structure. This was all announced and we are happy with the changes we made.

“These changes didn’t affect my core competition team which has remained the same throughout,” Thiem said in a statement posted on his social media in late September.

“Unfortunately as you all know, I picked up a freak injury in the build up to Wimbledon. I worked hard with the wrist specialists and my team to agree the best recovery plan.

“In hindisght, during this recovery process, an unfortunate mistake resulted in me missing not only the US Open, but ultimately the rest of the season.”

Maria Sakkari upset with herself for not putting in performance befitting...