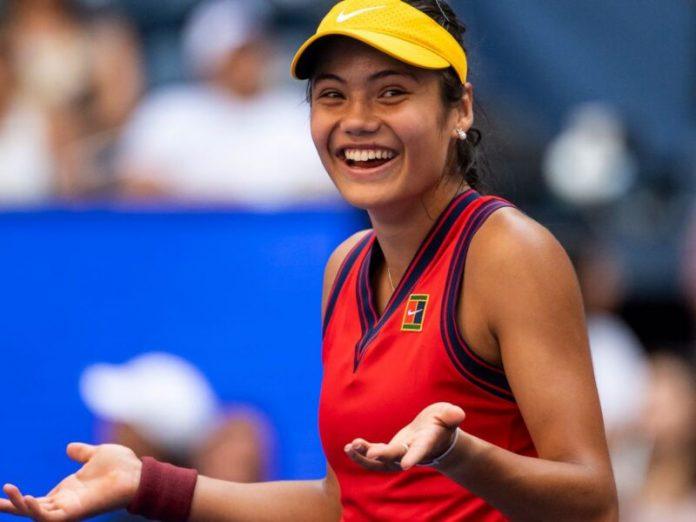 Tim Henman, the former British No. 1, loved sitting courtside at the US Open and watching Emma Raducanu’s matches.

Raducanu won ten matches in a row, all in straight sets. She become the first qualifier to win a Grand Slam.

“It was a privilege to be on the side of the court for all her main draw matches and just see the quality of her tennis at close quarters,” Henman said, as per reports on TennisHead.

“The way she dealt with the step up in class of each match and took it in her stride,

“I thought her resilience mentally, her composure and the consistency was incredible.

“To win 20 straight sets to qualify and win a Grand Slam is unprecedented in our sport. It was a real pleasure to watch”.

Henman thinks Raducanu has a lot of promise, but it’s too early to say for certain things.

“I think that’s probably getting a little ahead of ourselves,” Henman added.

“She has shown her enormous potential by what she did in New York, but she is still so young and so inexperienced.

“She has played so few events on the tour, let alone at Grand Slam level. I think it’s very easy to get ahead of ourselves”.

Emma Raducanu was knocked out of the Indian Wells Masters first round by Aliaksandra Sasnovich.

“You know, I watched a bit. I think, obviously not to speak indiscriminately, that I don’t know what she’s going through, and that there are so many other things that she probably had to do after the US Open.

“Tennis was probably not her priority, it’s not her fault, it wasn’t the only thing she had to do, so it was difficult.

“Like she said, it was kind of a good feeling to get rid of this match, and it’s probably true, isn’t it, now she’s going to be able to come back to the normal world and prepare for the next tournament,” Evans said.

Stefanos Tsitsipas looking forward to seeing fans back on his side...

Kyrgios set to give remainder of 2021 season a miss due...