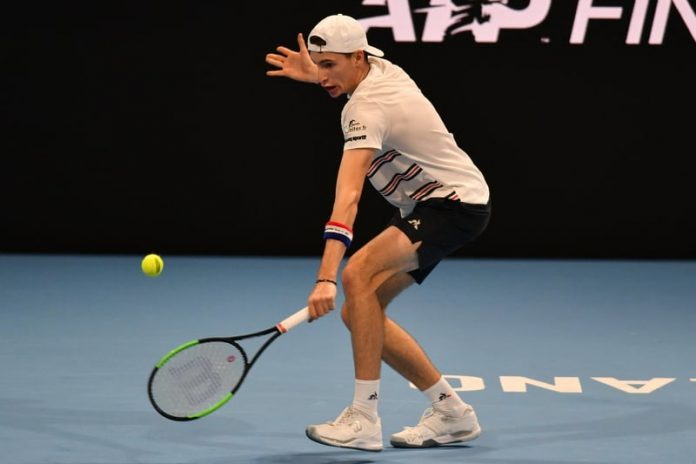 Ugo Humbert, the world No. 29, has opted to call it a season and concentrate on placing himself in the best possible position to triumph in 2022.

Humbert last competed in a tournament in late September, when he lost in the first round of the Orleans Challenger.

Humbert’s season comes to a close with a five-match losing streak. Humbert is upset that he will not be able to compete in the Paris Masters.Or represent France in the Davis Cup Finals.

“Last few months were demanding, I unfortunately didn’t succeed to come back on Tour despite all my determination and effort,” Humbert said.

“At this point it’s beter to take care of myself, to look forward to a great 2022 season, which is why I took the very hard decision to and my 2021 season.

“It’s frustrating to retire from Bercy and the Davis Cup Finals this year, the kind of events I’m waiting for and I love the most.

“I wish all the best and a lot of success to all the French team!

“I would like to thanks my whole team: my coaches, my family, loved ones and sponsors for this season and their daily support. There will be better days, looking forward to seeing you in 2022, Ugo.”

In Metz, Humbert competed in his final ATP event

Humbert was defeated by Andy Murray in his Metz opener in late September after the three-time Grand Slam champion came back from a set down to defeat the Frenchman.

“I had some chances early in the first set and didn’t take them,

Then he had his break point at the end of the first set and hit a really good return,” said Murray in an on-court interview, per the ATP website.

“He then had a good hold at 5-4. He played a little bit better and in the second and third sets, it was the other way around. He didn’t play well when he had his opportunities and I took mine.

“I’ve found it tough in the past few years that I don’t know some players that well and it’s difficult to play against them and win. Today, I felt I had a good game plan and executed it pretty well.”

Read More: Andy Murray is optimistic about getting back to peak performance soon