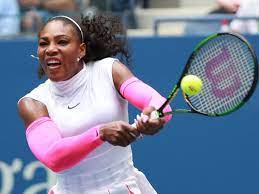 40-year-old Serena Williams isn’t only one of the all-time great athletes. She is a wife, a mother, and a successful entrepreneur who manages most of these things on her own, in addition to being a fantastic tennis player.

Serena Williams has been a professional tennis player for nearly two decades. Her game, on the other hand, has not dipped in the slightest since her spectacular victory at the US Open in 1998.

Monica Seles, a nine-time Grand Slam champion, discussed Serena’s outstanding talents in a recent podcast. She emphasized how the American balances her roles as a wife and mother while yet managing to surpass her opponents on the court.

“I don’t think we even talk about that how much that it does to your body and really the injuries to come back from them and to still be hungry after just doing rehab month, month after month, and then suddenly get re-injured…

“And I think for her to keep that all in balance with being a mom, working and working around the world. It’s not like you know, so just so many unknown components on unknown surfaces you’re playing time zones.

“I truly don’t even know how she’s able to manage all that with Olympia. I mean just putting, when you know a little one to sleep with the different times,” said Seles.

Serena has awed Seles for a long time. She even remarked that her opponents are well aware that they must be on their toes and play their best tennis in order to stand a chance against the 23-time Grand Slam champion.

Seles referred to Serena as one of the “unreal superstars” in the same podcast. She also likened her to Margaret Court and other tennis superstars, praising her as the greatest player ever.

“I mean, she is I mean when you think about it, unreal. What she has done and is the greatest of all with Margaret Court or Billie Jean King.

“All this, Martina Navratilova, Chrissie Evert, Stephanie Graff, I mean, what all these ladies have done, is surely unbelievable,” concluded the 47-year-old.

Serena Williams has a hamstring injury and is now recovering. As a result, her return to court is still uncertain.