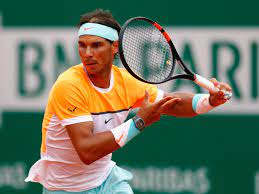 Rafael Nadal won his fifth year-end no. 1 ranking by defeating Novak Djokovic in the final weeks of 2019. Nadal finished the season by winning the Davis Cup Finals and began the 2020 season in a team tournament.

Rafa led Spain to the final of the first ATP Cup, but they were defeated 2-1 by Serbia. Rafa missed out on a chance to win both major team titles.

Following a dominating 6-1, 6-2, 6-4 victory over fellow Spaniard Pablo Carreno Busta in an hour and 38 minutes at the Australian Open, Nadal moved to the fourth round.

After a shaky performance in the previous round against Federico Delbonis, Nadal dominated in this one on a sunny Rod Laver Arena. He was controlling the pace from start to finish and marching into the last 16.

After hitting 42 winners and only seven unforced errors, the 2009 champion lost only 10 points behind. The initial stroke, never facing a breakpoint, and mounting pressure on the other side of the net.

Despite several comfortable holds in sets two and three, Carreno Busta could not match those numbers. Battling badly on the second serve and being broken five times out of ten possibilities provided to Rafa.

Nadal was pleased with his performance and called the victory his finest of the tournament so far.

The Spaniard was pleased with his serve and forehand down the line stroke. He hoped for more in the next round against Nick Kyrgios or Karen Khachanov.

“Today, I played the best match of the tournament so far. That’s a very positive thing, to be able to improve a bit every single day.

“I’m super happy, but I also feel sorry for Pablo; he is a good friend of mine, and I wish him all the best for the rest of the season.

“We are professionals, and we all try our best, even if we come from the same country and have been knowing each other for years.

“When the conditions are slightly warmer, the bounce is higher, and the ball is flying quicker, which helps my game,” he said, as per reports on Tennis World USA.

Today I served well and produced some good forehands down the line, which is a key shot.

“The preparations for this year’s Australian Open have been different than in the previous years, with the ATP Finals, the Davis Cup Finals and the ATP Cup in almost back-to-back weeks.

“And here I am, still fighting in this amazing stadium in front of the supportive crowd that always cheers for me.

“As I said, the goal is to get better with every match, and I have made another step forward,” Rafael Nadal said.