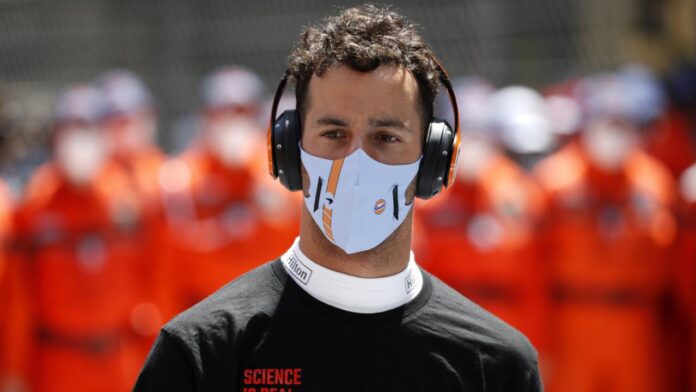 Daniel Ricciardo has been having his most difficult season yet in his Formula 1 career. He managed to finish a disappointing P12 at the Monaco Grand Prix.

As the races go by, there is immense pressure on the Australian to perform better, especially as compared to his teammate Lando Norris.

The McLaren driver qualified and finished the race in P12 even after two drivers who were ahead of him had to retire.

Lapped by own teammate

To make matters worse, he was lapped by Lando Norris who went on to claim the second-place podium finish.

This was one of the most difficult moments that Ricciardo had to endure in the whole race.

Ricciardo has managed to gather 24 points from the five races this season. Even though he has had moments where he was absolutely fast, his overall performance has been mellow.

Martin Brundle reveals that he winced when he saw Norris overtake Ricciardo.

“Monaco GP winner Daniel Ricciardo had a nightmare event finishing 12th and lapped by his team-mate Norris,” he said.

“That made me wince so I can’t imagine the pain he is feeling right now as he struggles with the characteristics of the McLaren versus his driving style.”

The Australian is now looking forward to the race in Baku where he will have the chance to redeem himself considering he has a history of chequered finishes on this track.

“We had a steering wheel with pedals”: Norris on how gaming...

Norris and Mazepin troll Russell for his fashion sense – “Tony...