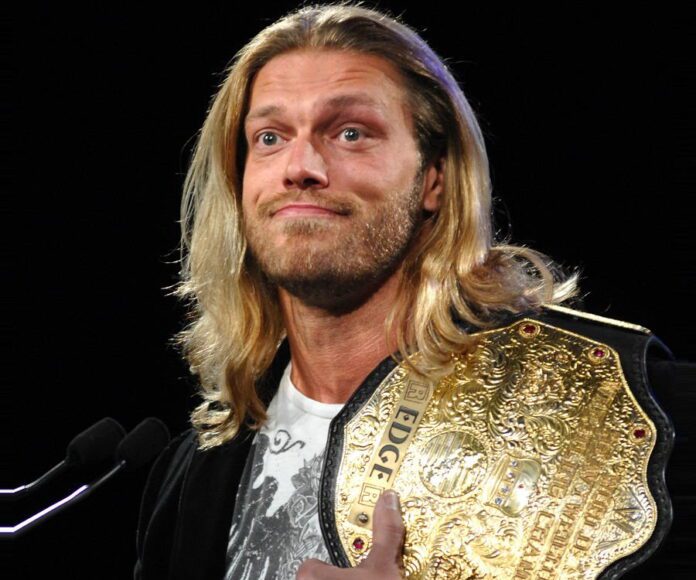 Adam Joseph Copeland was born on October 30, 1973, in Orangeville, Ontario, Canada, and is most known for his tenure with WWE as the ring name Edge.

Edge thought wrestling was his calling as a teenager after watching his favourite wrestlers Curt Henning, Hulk Hogan, Shawn Michaels, and Bret Hit Man Hart. Initially, he was trained by Ron Hutchinson and Sweet Daddy Siki, both former experts in the field.

He began his professional wrestling career in the 1990s, primarily in North American independent promotions. These included competing in singles matches and tag team matches, the latter with Christian, Edge’s narrative brother.

He got a developmental contract with the WWF in 1997 and began fighting for the promotion later that year. The following June, he made his television debut as Edge.

Two years later, at a house show in Toronto, he won the WWF Intercontinental Championship, marking his first title reign with the promotion. Edge and Christian would go on to win the WWF Tag Team Championship seven times.

In total, Egde has won 31 WWE championships, including 11 world titles, 5 Intercontinental titles, 14 world tag team titles, and a United States title. In addition, Edge won the 2001 King of the Ring event, and he was the first Mr. Money in the Bank in 2005 and 2007.

Aside from wrestling, he has been on the big screen. Starring in the 2000 fantasy film Highlander: Endgame and WWE Studios’ Bending the Rules; he has also had guest appearances on television shows such as The Weakest Link, Mind of Mencia, Deal or No Deal, Haven, and MADtv. Edge Copeland was inducted into the WWE Hall of Fame in March of 2012.

The wrestler turned actor is reportedly worth around $14 million.

Read more: Ric Flair net worth: How much has the wrestler earned from his WWE career and what is he worth in 2021?

LaVar Ball: net worth, career and earnings in 2021

Xbox net worth: What is the net worth of the popular...