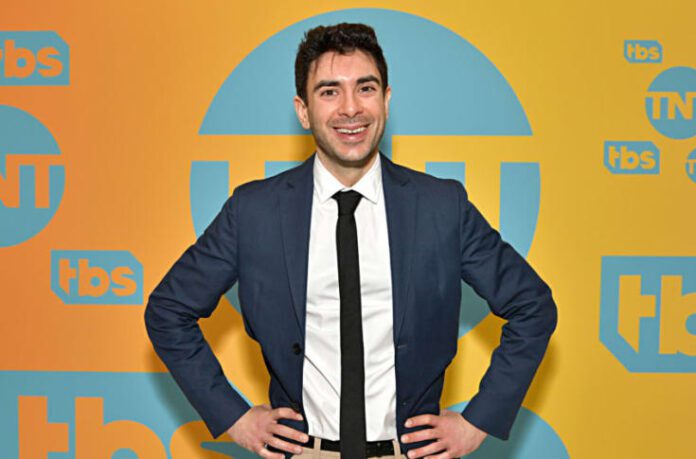 Tony Khan is a businessman and sports executive from the United States best known for his involvement in American football, professional wrestling, and soccer.

Antony Rafiq Khan was born in Urbana-Champaign, Illinois on October 10, 1982, to Pakistani billionaire Shahid Khan and a White American mother, Ann Carlson. He has a sister named Shanna Khan. Tony graduated from University Laboratory High School in 2001 and the University of Illinois at Urbana-Champaign with a Bachelor of Science in finance in 2007.

Khan is a co-owner of the National Football League’s (NFL) Jacksonville Jaguars and the English Football League’s (EFL) Fulham F.C. Khan is also the founder, co-owner, president and CEO of the All Elite Wrestling (AEW) promotion.

Khan was named co-owner and Vice Chairman/Director of Football Operations of Fulham F.C. on February 22, 2017. He is in charge of identifying, evaluating, recruiting, and signing players for Fulham. Khan took on these responsibilities after advising the club’s football operations, particularly in the areas of analytics and research.

In late 2018, Khan filed for several trademarks for a new venture, All Elite Wrestling, which was soon confirmed to be a new professional wrestling promotion (AEW). The promotion’s lead investors are Khan and his father who auto parts billionaire Shahid Khan.

Khan is also the founder and CEO of TruMedia Networks, a Boston-based engineering firm that specialises in innovative sports analytics solutions for leagues, franchises, and media partners throughout the athletic industry.

Khan and his family also contributed to the funding of Activist Artists Management, a talent management and advisory firm founded in 2018. Khan made a significant investment in the company and established the Activist content and venture fund, which focuses on investments in media, entertainment, hospitality, consumer products, services, and technologies.

In 2020, Sky Sports pundit Jamie Carragher referred to Khan as a “clown” for tweeting critical comments about Fulham players, and he described Khan’s transfer history as “a right mess.”

Khan’s remarks infuriated manager Scott Parker, who referred to the situation as “the world we live in.” At the end of the season, Fulham was relegated.

Its first three months on TNT were successful enough to secure a four-year, $175 million deal with WarnerMedia to air Dynamite on Wednesday nights, a title he chose a quarter-century ago when scribbling out episodes in his junior high notebook.

The two-hour program has shaken pro wrestling’s power structure by competing with – and defeating – Vince McMahon’s WWE. The AEW will launch a new weekly show on Fridays in August.

Khan observed and learned from each wrestling operation McMahon conquered, and his father encouraged his son’s passion, even if he didn’t fully comprehend it. Shahid Khan’s first investment in his son’s obsession was a father-son trip to a seedy Philadelphia arena in August 1996 for a night of Extreme Championship Wrestling, a hardcore promotion that WWE acquired seven years later.

Khan continued to watch WWE while attending the University of Illinois and then working at a biofuels company, while his father pursued his own dream of NFL ownership.

By 2018, Khan saw an opportunity to pounce on former WWE stars like Chris Jericho and Cody Rhodes who would be free agents by the end of the year. Tony Khan first met Rhodes, who worked for WWE for nine years before leaving in 2016, at a Jaguars game in the fall of 2018.

Khan then flew an associate to Japan to finalise Rhodes’ contract, where he was working with New Japan Pro Wrestling at the time, and promised him a check would be in the mail the next day if he signed.

Khan had a product to sell with enough name talent lined up, including WWE’s former announcer and talent executive Jim Ross. Four months after AEW’s New Year’s Day 2019 launch, he finalised a trial deal with WarnerMedia to air the broadcast on TNT.

On May 19, AEW announced that Rampage will debut on August 13 and air every Friday at 10 p.m., immediately following the conclusion of WWE’s Smackdown on Fox. Dynamite and Rampage will both move to TBS in January 2022, and four additional specials will air on TNT each year.

The $43.75 million AEW received from TNT last year accounted for the majority of its revenue, but it is a rounding error when compared to publicly traded WWE’s record $974 million in revenue in 2020. Khan anticipates that its wrestling division will turn a profit this year, though an eight-figure investment in video game development will keep the company in the red for the time being.

However, WWE is much leaner as a result of the pandemic. This spring, the company released more than 20 of its roughly 200 wrestlers, some of whom were signed by AEW, and the budget cuts have fueled speculation that McMahon, 75, is preparing the company for sale.

AEW, on the other hand, operates in the shadow of the Jaguars’ TIAA Bank Field at Daily’s Place, the 5,500-seat amphitheatre attached to the stadium where Dynamite has been held throughout the pandemic. It will take the show on the road again in July, visiting Miami, Dallas, and Austin, Texas.