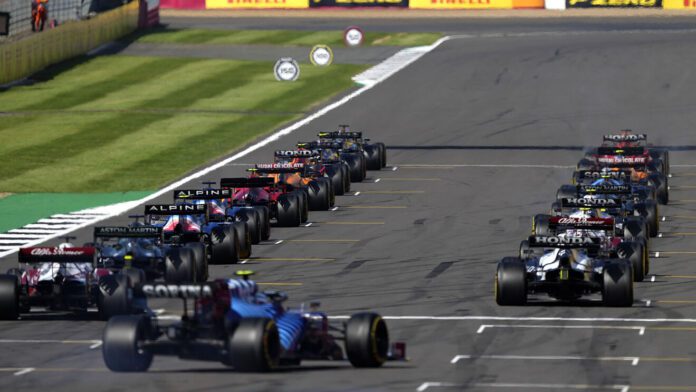 The iconic circuit of Silverstone is the birthplace of Formula 1 and will play host to a new format of racing called the sprint qualifying.

While the entire format is something completely new, the post-race events were completely old-school.

The grid has been decided based on the qualifying session from Friday.

After 17 laps on the Silverstone circuit lasting around 30 minutes, we will get the starting grid for the final race on Sunday.

At the end of a normal qualifying, drivers are usually required to take part in post-race interviews and move ahead for their weigh-ins.

However, on Saturday, events will not follow the set rules.

The top three contenders will not only earn points but will also have to participate in a post-race parade.

The ‘Sprint Victory Lap’ will see the victors parade around the circuit accompanied by former racer Jenson Button.

That is not all. The top three drivers will also be presented with unique wreaths, something that was once a part of the sport.

The unusual format of the qualifying has everyone at the edge of their seats for Saturday.

While several drivers have expressed their lack of enthusiasm for the sprints, we can only wait and see how they pan out.

For now, all eyes are set on the top three positions as teams will want to earn crucial points.

Read More: Christian Horner accuses Hamilton of shifting the spotlight away from himself – “Lewis loves a bit of kidology”