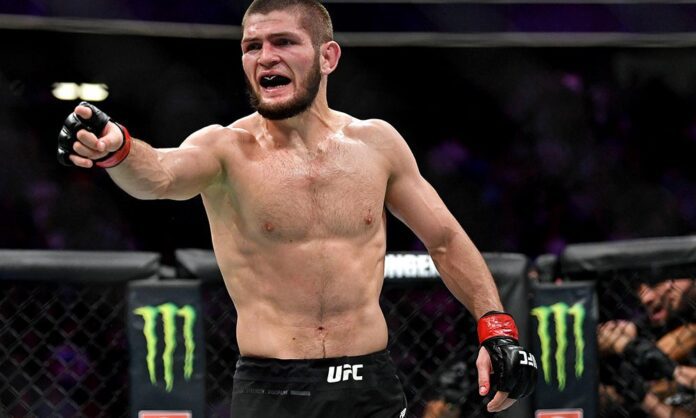 Any time a UFC fighter steps inside the octagon, he or she runs the risk of being knocked out. We’ve seen warriors lose their lives on many occasions as a result of brutal blows.

However, there are a few UFC fighters who have avoided being knocked out during their careers, either due to an outstanding chin or a formidable defence.

Here are five UFC fighters who have never been knocked out in their entire UFC careers:

After looking at his qualifications, it’s difficult to argue that Jon Jones’ prowess in the octagon. ‘Bones’ has won every one of his 22 UFC fights, 15 of which have been title fights. Jones has never been submitted or knocked out inside the octagon.

Jones made his MMA debut in April 2008 and compiled a 6-0 record in just three months before signing with the UFC. He won the USKBA Light Heavyweight Championship in his last fight outside of the UFC, defeating Moyses Gabin via second-round TKO at BCX 5.

Valentina Shevchenko, the UFC women’s bantamweight champion, is best known for her formidable chin. ‘Bullet’ has a career record of 21-3 and, barring an exception, has never been defeated.

Shevchenko’s only defeat came in September 2010 when she faced Liz Carmouche at C3 Fights: Red River Rivalry. Though ‘Bullet’ was dominant for the majority of the fight, an illegal upkick from Carmouche in the third round left Valentina with a wide cut on her forehead.

The unlawful strike was not called by the referee, and the fight was stopped by the cageside doctor after Shevchenko was considered unfit to proceed. Shevchenko was given a loss due to a doctor’s stoppage, rather than a disqualification victory.

But there is no denying Valentina Shevchenko’s chin. In two occasions, she fought for five rounds against Amanda Nunes who can easily be considered as the greatest female fighting athlete of all time.

The Lioness herself was unable to finish Shevchenko and came dangerously close to losing in the second match.

Marvin Vettori will enter his title fight against Israel Adesanya at UFC 263 on a five-fight winning streak. The Italian’s most recent defeat came in 2018, in a tightly fought split decision against none other than UFC middleweight champion Adesanya.

Vettori’s only other loss in the UFC came in his second fight with the organisation, when he was defeated by Antonio Carlos Jnior at UFC 207.

Vettori’s two other career defeats came from decisions on the Italian regional circuit.

Max Holloway now holds the record for the most UFC fights without being knocked down, thanks to his latest victory over Calvin Kattar.

On the four occasions that he fought outside of the promotion, Holloway won three decision fights and one TKO.

Holloway came nearest to being knocked out during his defeat to Dustin Poirier at UFC 236. He was saved by the cage in the final seconds of round 2 after Poirier dazed him with a punch and wobbled him with an overhand right.

Khabib Nurmagomedov has repeatedly shown that he is a world-class athlete. Aside from his exceptional wrestling abilities, ‘The Eagle’ also has a powerful chin.

We’ve seen Khabib take brutal shots from knockout artists like Conor McGregor and Justin Gaethje, but ‘The Eagle’ has always walked right through them.

There will be no knockout defeat in Nurmagomedov’s career as he retires with a perfect 29-0 record.

Khabib’s sole loss came at the age of 17 in an amateur sambo tournament. Despite putting up a valiant fight, Khabib was defeated by 20-year-old Ibragimov, who went on to win bronze medals at the 2016 Olympics and the 2018 Asian Games.

Read more: Top 3: Blockbuster dream battles that UFC should look to stage in 2021

“I have no interest in talking to any of those idiots”:...