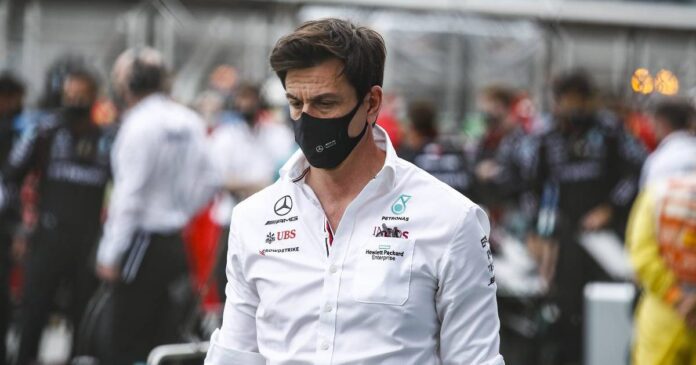 Former F1 world champion Nico Rosberg was accused by team boss Toto Wolff of ‘stitching up’ Mercedes after he claimed they were using too much of their front wing.

This comes after the French Grand Prix when Wolff was being interviewed along with Red Bull boss Christian Horner.

Rosberg raced for Mercedes from 2010 to 2016 and won the world championship in his final year.

During the interview, Rosberg asked Horner about his thoughts on the ‘flexi-wing drama‘ and was interrupted by Wolff.

“So Christian…Toto and other teams got you on the rear wings and you had to change that. Mercedes are still flexing more than average on the front wing, what are you going to do about that?” Rosberg asked Horner.

“Yeah, it’s payback, basically. Today was payback for Barcelona and he [Toto] gets the front wing in a couple of weeks as well,” Horner replied.

Wolff interrupted the conversation to pull Rosberg’s leg, “Are you stitching us up?! We have paid you well for many years”.

Nico replied, “Let me stand in the middle of you two”. Horner, who realised what was happening, said, “Is Nico not still on the books?”

Mercedes front wing to get tested?

The entire drama between Red Bull and Mercedes related to the flexi-wing seems to be nearing its end with the FIA conducting tests on both the cars.

With new regulations on the way, the team boss expects the rules to be a lot stricter.

Read More: Mercedes on Verstappen win: Our best option was to see if we could just hang on