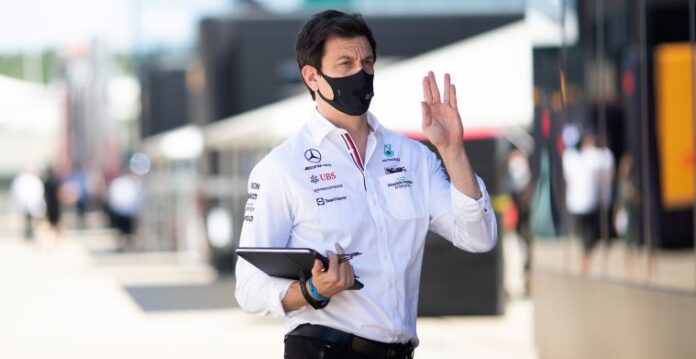 Mercedes drivers Lewis Hamilton and Valtteri Bottas have been lagging behind rivals Red Bull for most of the current season.

As a result, the two of them have to spend a lot more time doing something they are not used to – spend time in a simulator to bridge the gap.

This practice clubbed with the new car upgrades that were announced in Silverstone, should work to make the team a lot more competitive.

Hamilton initially was not much into the idea of using a simulator.

However, Mercedes team boss, Toto Wolff has revealed that the Brit is far more open to the idea of using the machine.

Wolff stated that the simulator was not something Hamilton is always looking forward to.

“Yes, the simulator hasn’t been his most favorite tool in the past, but I think we’ve developed it to a level that’s pretty good and made it the best in its class,” he stated.

“He’s starting to see the benefits of it now.

“This fight is so hard that you just have to take any marginal gains, and that’s why we’ve progressed together to better understand the car even with the tools of the simulator,” he added.

Wolff also added that the upgrades in combination with the simulator practice can help the outfit gain on their rivals.

“The upgrades were not big, but if you keep adding them up it can make a difference,” he said.

“I think we’re still underperforming a little bit, there’s no doubt about that. I think at race pace it would have been about the same.

“But we have halved the gap on Red Bull in terms of performance, and you just have to mobilize everything in your arsenal of weapons and that is what Lewis is doing as a driver and we as a team.

“There will be harder ones, there will be better ones, but scoring the number of points like in Silverstone is important,” he concluded.

In the upcoming race in Hungary, Mercedes will be looking to take the lead away from Red Bull. We can only wait and see if they are successful.