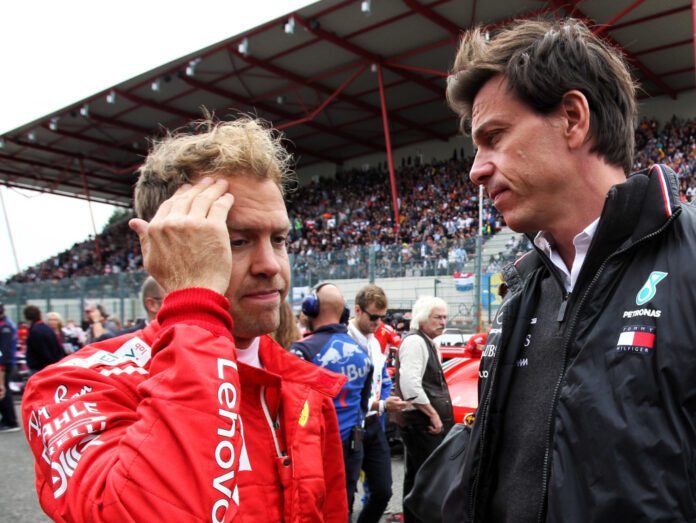 Back in September, Sebastian Vettel had made a statement saying that he will be voting for the German political party Die Grünen.

This led to widespread criticism from German fans.

Wolff has been in Formula 1 for a while now and has a good idea about the personality traits of the German.

“Sebastian is someone who not only looks at sustainability but lives by it. It’s in keeping with his character that he has this attitude. I think that’s absolutely fine,” he said.

The Austrian, at the same time, is able to under the criticism as well.

Vettel has to endure criticism

“Of course, it is sometimes a tightrope act to fly around the world as a Formula 1 driver, to operate these monster machines, and at the same time to say that you vote green,” Wolff added.

The team boss has a clear message for the Aston Martin driver: “He has to take the criticism.”

With 30 points under his belt, Vettel is currently tenth in the world championship. He has a gap of 9 points with Pierre Gasly, who is a place above him.

Daniel Ricciardo, on the other hand, is 10 points ahead of the German.