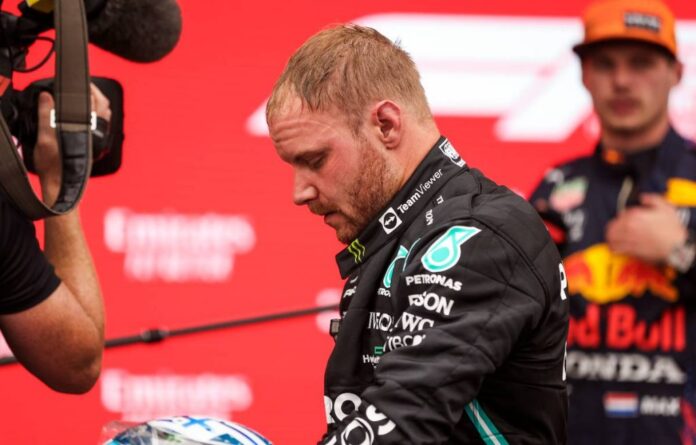 The French Grand Prix saw Max Verstappen take the win after Lewis Hamilton and Sergio Perez leaving Valtteri Bottas out of the podium.

The race saw some major arguments between Bottas and his team regarding the strategy. The Finn did not hesitate from profanity and rebuked his team for not following his strategy.

“Why the f*ck does no one listen to me when I say it’s going to be a two-stopper?” he vented over the team radio.

What is surprising is that Mercedes team boss Toto Wolff seemed pleased with the entire situation.

Wolff was glad that Bottas had his little rant as it shows that he was not a pushover.

“Valtteri drove extremely strongly so I see a good development there. The race actually speaks in his favour.

“What that means for the coming year is still too early to say both for Valtteri and for George (Russell).”

Considering the fact that Bottas’ future in the team could be influenced by his current behavior, Ralf Schumacher was surprised that the 31-year old was so upfront.

“I’m amazed that he dared to do that. In his place, I’d be very quiet at the moment,” he said.

Schumacher also took aim at Bottas’ defense against Max Verstappen stating, “You learn in karting not to do something like that”.

The German added, “Max made fun of him with the oldest trick in the book.

“He probably knows he’s gone anyway. If I was Toto Wolff, Valtteri would already not be a Mercedes driver,” Schumacher concluded.

“Toto needs him as the second driver so that he can help Lewis and have a chance in the constructors’ championship,” said the former Mercedes driver.

“He will finish the season anyway and I still see a good chance that he will still be in the cockpit next year. He is simply a safe driver for the team.”

Others think Russell will replace Bottas

Former Sauber team boss Monisha Kaltenborn seems to think that Mercedes have been working with George Russell with the intention of adding him to the team.

“They built Russell up so at some point they have to use him,” he told Sport1. “Otherwise, why else did they build him up?

“You don’t want to build up a talent like that only for others to always benefit from it.”