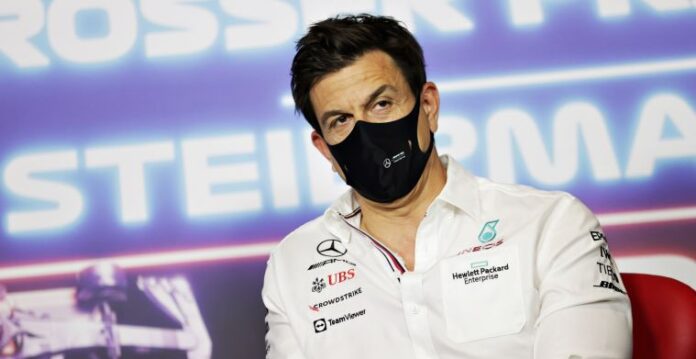 Red Bull and Mercedes have been locked in an intense battle for the last few weeks with the former dominating the latter.

The Milton-Keynes-based outfit, allegedly, has been getting parts delivered to them in trucks in order to develop their car.

As a result, they have been able to put on a strong fight against the Silver Arrows.

Mercedes’ team boss, Toto Wolff, continued the verbal battle between him and Red Bull boss Christian Horner by mentioning the ‘secret vans’ in an interview.

Wolff was asked about the entire fiasco surrounding their cars getting upgraded for the current season.

“You are quoting me incorrectly. I never said that we would not bring any more upgrades,” he emphasized.

“But we’ll be finished soon. There are no secret vans that are transported anywhere,” he concluded.

Mercedes has Red Bull in sight

Red Bull is currently the leader in the constructor’s standings.

Wolff is well aware that they have to bring out their best game if they want to tame the Bull.

As a result, they have a keen eye on what their rivals are up to.

According to Auto Motor Und Sport, “Mercedes claims to have observed five Red Bull vans full of new parts arriving to the track”

Both Lewis Hamilton and Valtteri Bottas know that the pressure of scoring points rests on their shoulders.

Will Mercedes be able to overtake Red Bull? Only time will tell.