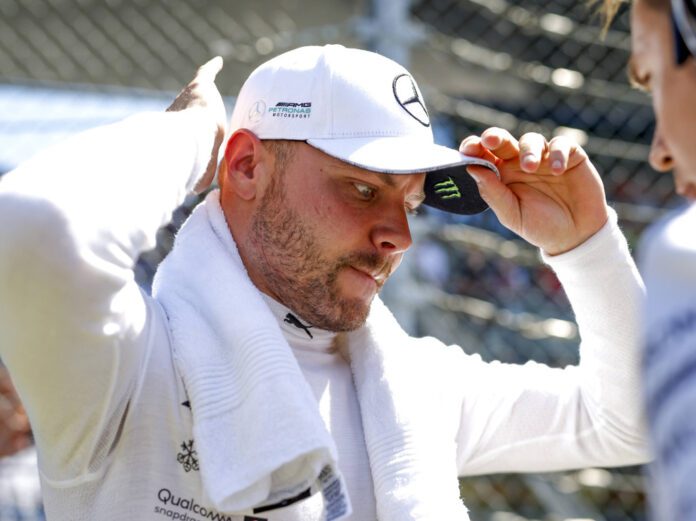 According to Sky F1 pundit, Karun Chandhok, both Mercedes and Valtteri Bottas have descended into ‘public mud-slinging’ which has impacted their dynamic.

Bottas is currently in the age-old situation of having to prove his worth to Mercedes in order to extend his contract with the Silver Arrows by another year.

Unfortunately, the current season has led to several cracks between the two parties.

While Bottas was unwilling to play the team game by refusing to let Lewis Hamilton overtake him, team boss, Toto Wolff has pinned some blame on the Finn for the botched-up pitstop in Monaco.

Many fans, however, came out in support of Bottas claiming that Wolff has been hard on the driver. Others also pointed out that the crew responsible for the tyre change did not seem to face any problem.

Chandhok seems to think that things are getting heated between Bottas and Mercedes.

While this might be a cause of worry for some, it could be music to the ears of George Russell.

“This whole saga seems like unnecessarily public mud-slinging both ways and not really a sign of a harmonious team–driver relationship,” Chandhok said.

“I imagine George will be watching this with more than a passing interest.”

The Finn talks about Monaco

Bottas was asked about the entire fiasco that happened in Monaco. He also mentioned that he was surprised by Wolff pinning the blame on him.

“I was surprised,” Bottas said. “I looked at the video footage and, in my opinion, I was spot on.

“The team and I held a normal post-race briefing, we analysed the situation also with the engineers at the factory and they understood everything perfectly.

“So there was nothing unusual about the analysis of the race.

“I missed the middle line by about 2 or 3 centimeters, and if you’re that accurate, that’s actually pretty good.

“We also had concerns about the pitstops for a few weeks, so the problem didn’t come out of the blue,” he concluded.

Read More: Ross Brawn says F1 is keen on avoiding Indy clash – “Doesn’t have to be a follow-on career option”