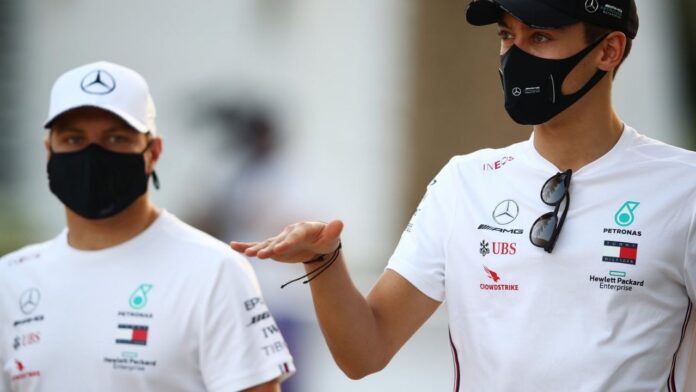 According to Russian Formula 1 commentator Alexey Popov, Valtteri Bottas might no longer be driving for Mercedes in the upcoming 2022 season.

He also claims that the 31-year-old will be replaced by Williams driver George Russell after he allegedly signed a two-year commitment with the outfit.

What did the Russian say?

“I will not disclose the source, but there is always a lot of talk in the paddock in Monaco,” Popov said in an interview.

“They told me that Russell moving to Mercedes for at least two years, and not in Hamilton’s place, is already practically done,” said Popov.

“That’s just my guess, but the fact that Russell will be in the Mercedes is almost certain,” he said.

2022 will see new regulations being implemented on the grid. Perhaps Williams can take advantage of them and leap forward.

Bottas out of title fight

While the Finn has been vocal about his desire to be World Champion, it seems that it will not be possible in 2021.

This is because he is already 58 points behind Red Bull’s Max Verstappen.

Popov concluded, “He is hopelessly behind both Hamilton and Verstappen already. He’s out of the title fight completely. Even Norris is ahead of him now.”

Valtteri Bottas recalls race-ending pitstop horror in Monaco – “It is...