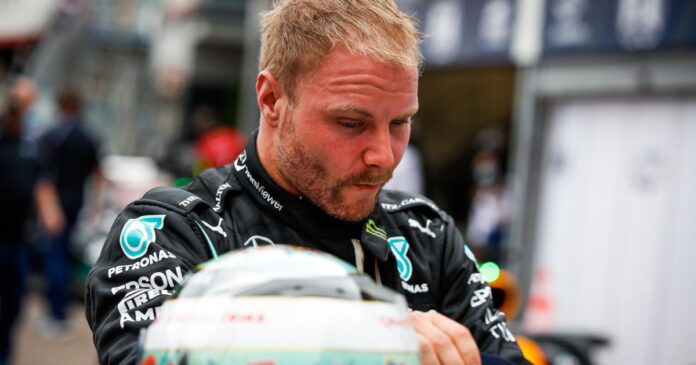 Valtteri Bottas has refused to give up on the WDC fight, despite how bad his season has gone.

Bottas has had a terrible season given his standards. With his shocker at the Azerbaijan GP, he has failed to collect points in 50% of the races this season. In the WDC, he sits in P6, trailing leader Max Verstappen by a massive 58 points.

It’s a mixture of unbelievable bad luck and dodgy form that has been the Finn’s undoing. In Azerbaijan, the Finnish driver was slow all weekend and finished P12 in the race, behind the Alfa Romeos. In Monaco, we saw his bad luck take centre stage, with the rarest of issues in an unyielding wheel nut ending his race.

It is hard not to question him with such results, especially when he drives one of the fastest cars on the grid. But Bottas is not one to give up. He called doing that “the loser’s option”, and even suggested he would make a push for the WDC.

Speaking about his season and how he is coping mentally, Bottas said, “Definitely the mental strength has been tested. It’s not been the easiest ride to start with, having two DNFs before Azerbaijan.

“So yeah, I would say there have been setbacks, and it’s all about how you bounce back from those and how you move forward. The loser’s option is to give up and that’s not something I will do.

“I’m still keeping very strong mentally and knowing it’s a long, long season ahead and for sure many good battles to come and hopefully many wins. I have full belief in myself, and for us as a team that we still have time to do good things,” he concluded.

Everyone knows Bottas is a class driver with loads of talent and a good car as well. He is mentally strong and will be looking to make a statement as soon as possible.

As F1 heads to France next, Bottas will be looking to go all guns blazing. If he rediscovers his mojo, Red Bull and those above him will have something to worry about