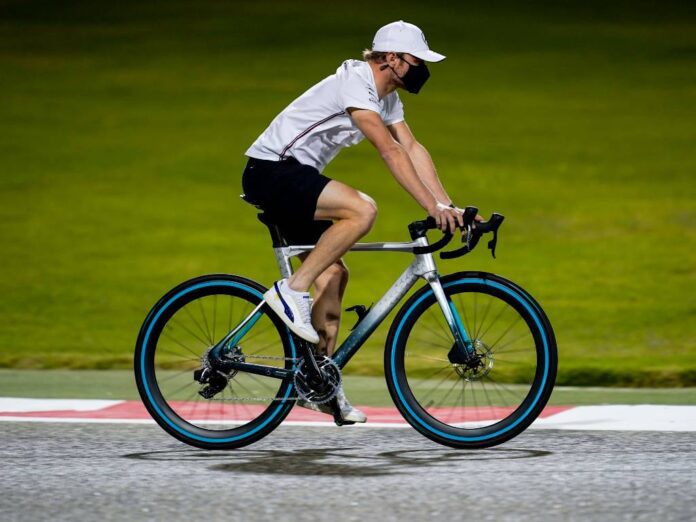 The Formula 1 summer break has been on the charts for now and all drivers have finally had some time to themselves to make us jealous.

Every social media post has seen drivers having the time of their lives. While some are getting tanned by the waters, Valtteri Bottas has taken things to the next level.

Bottas decided to spend his break from racing by racing even more!

What did Bottas do during the weekend?

Over the last weekend, Bottas participated in his first-ever gravel cycling race in Colorado, USA.

For his age group, the Finn managed to finish second in what was a 64-mile race. Additionally, he finished the course in just over three hours.

As a result, he almost missed out on the top podium place.

While fans might joke that Bottas has always been associated with second place, this is a marvelous feat from his side.

Cycling is a hobby for Bottas

We all know that Formula 1 ensures that drivers maintain prime fitness and it really shows when they participate in races for fun.

Bottas competed against people who pursue cycle racing in a professional manner and managed to earn second place.

During an interview, the Mercedes driver revealed that cycling is a hobby for him and he tries to practice it every day.

He also stated that he will be holding a charity duathlon event in his hometown of Nastola in Finland. The event will take place this week and he will be taking part in it.

What did the other drivers do?

Lots of drivers took the time out to relax in the sun as you might expect.

Williams teammates, George Russell and Nicholas Latifi got together in Mykonos for a drink by the sea.

This is the only time the drivers get to themselves all season.

With the races about to commence soon, we can only wait for them to get back on the track.

“Only got stronger”: Ricciardo explains what has changed since he has...