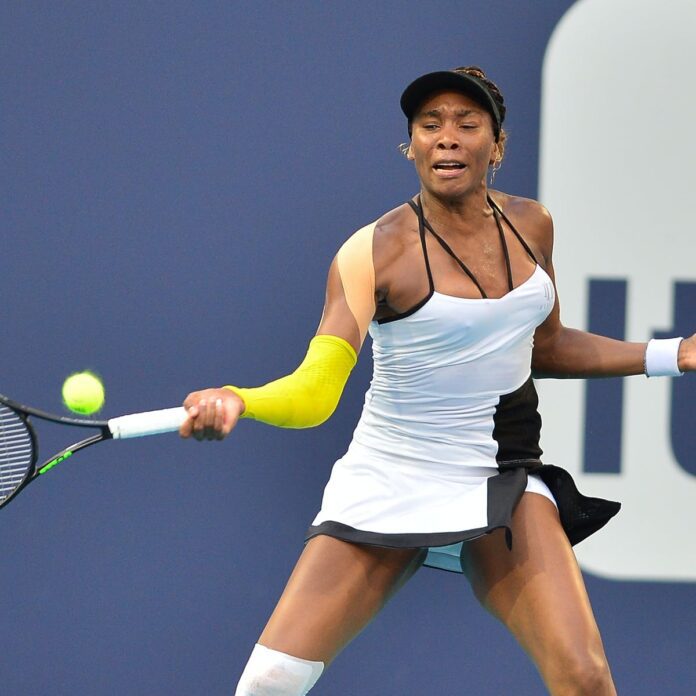 Venus Ebony Starr Williams was born in Lynwood, California on June 17, 1980, to Richard Williams and Oracene Price. Venus Williams’ family relocated from Compton, California, to West Palm Beach, Florida, when she was ten years old, so that she and her sister Serena could attend Rick Macci’s tennis academy.

When Venus was 11, Richard Williams withdrew her and Serena out of national junior tennis tournaments. Williams was ranked No. 1 among under-12 players in Southern California at the time, with a 63–0 record on the United States Tennis Association junior tour. Richard moved his girls out of Macci’s academy in 1995 and took over the coaching of his girls from then on.

Williams made his professional debut at the age of 14 in 1994. In the second round of the Australian Open in 1998, she faced her sister Serena.

This was their first time competing as professional tennis players against each other. Venus defeated Serena but then fell to World No. 3 Lindsay Davenport in the third round.

During their professional tennis careers, the Williams sisters faced each other 24 times from across the net.

Willams has held the World No. 1 women’s tennis ranking three times for a total of 11 weeks. She was the first Black woman in the Open Era to achieve this ranking, which she did on February 25, 2002.

The Williams sisters have never lost a Grand Slam doubles final. Venus has five Wimbledon singles titles to her name.

Willams dated professional golfer Hank Kuehne from 2007 to 2010. She began dating Cuban model Elio Pis in 2012. When he was hired to model underwear for EleVen, they met. They were together till 2015. Venus dated publishing heir Nick Hammond from 2017 until 2019.

Yetunde Price, Venus and Serena Williams’ older half-sister was shot dead near the tennis courts where the sisters used to practise in Compton in 2003. Price was the personal assistant of the Williams sisters. She was 31 years old at the time.

Venus and Serena became part-owners of the Miami Dolphins in August 2009.

Earnings and net worth

Venus had made $38 million on the court as of July 2017. That was enough to become her the highest-paid female tennis player of all time, surpassing Maria Sharapova ($36.5 million) and putting her behind sister Serena Williams ($85 million).

Venus often earns between $5 and $10 million per year in endorsements.

Her estimated net worth is $95 million.

Read more: Oscar de la Hoya net worth: How much is the fighter-turned-businessman worth in 2021?

Why did Judy Murray share old picture of Emma Raducanu with...