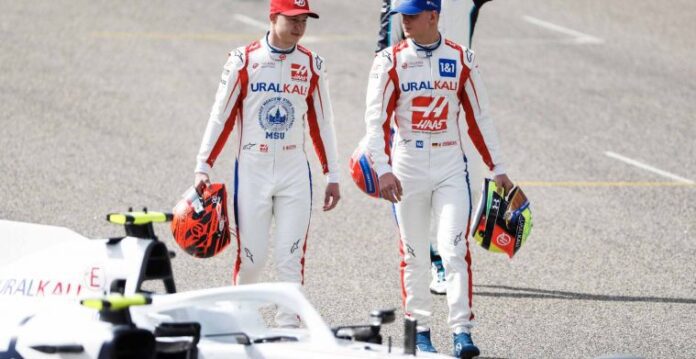 The 2021 season so far has been terrible for Haas considering they are unable to step up from the back of the grid.

Additionally, they have two rookie drivers Nikita Mazepin and Mick Schumacher driving an uncompetitive car for the current season.

On one hand, Mick is the son of seven-time world champion Michael Schumacher and has won the F2 championship the previous season.

Nikita, however, is the son of Dmitry Mazepin, a Russian oligarch. Mazepin Sr. is also the majority shareholder of Uralkali, the title sponsor of Haas.

There are rumours that within a few seasons, Dmitry might take over as the owner of the team.

According to reports, Dmitry is unhappy because of how his son is being treated within the Haas team.

He is also upset with team boss Guenther Steiner considering the team has given Mick a different chassis than Nikita.

This comes after Dmitry reckons that his son is not being managed properly by the team.

What do the reports say?

“Mazepin the father would have offered some money for the chassis exchange between the two drivers, getting Steiner’s refusal,” said the German newspaper F1 insider.

“And Dmitry Mazepin would have been annoyed, claiming greater influence within the team.”

There are also rumours that Dmitry might be looking to replace Gunther Steiner as team boss.

This comes after Steiner’s comments saying that: “It is possible that one of our drivers has the fans and the other the money.”

Nikita has been trying his best to match pace with his teammate Mick.

Schumacher has the lead of 7-1 in qualifying and 6-1 in races against the Russian driver.

Additionally, Nikita has finished 20 seconds behind Mick in all races this season.

Therefore, Mazepin needs to up his pace if he wants to silence his critics.