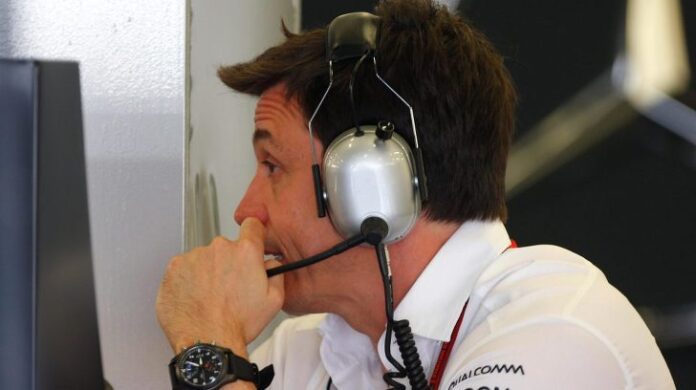 It was just starting to seem like Hamilton might take back his lead in the driver’s standings when a major blunder threw all his scope in the gutter.

The British driver was all set to finish behind Max Verstappen and Sergio Perez. However, Verstappen’s blown-out tyre kicked him out of the race and brought out the red flags.

The race resumed again with a standing start with Hamilton picking up instant pace.

Just when things were going in his favor, a fault with his brake setting sent him into the escape area causing him to drop to the last place.

All this was being overseen by Mercedes team boss Toto Wolff, who could not contain his reaction.

Watch his reaction below!

Mick Schumacher asks Sebastian Vettel to help him out with his...