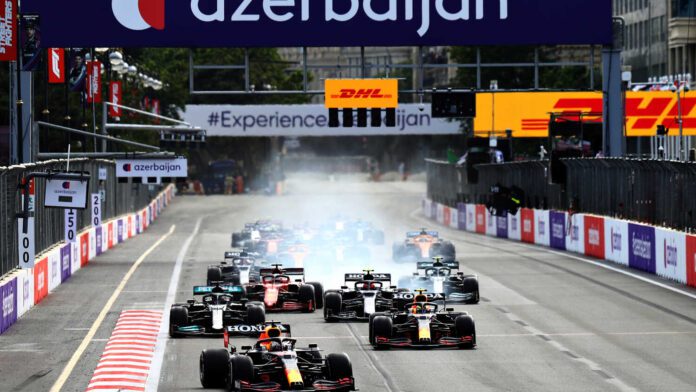 A Grand Slam or a Grand Chelem in Formula 1 is achieved when three criteria are fulfilled during a race weekend.

These include scoring a pole position during qualifying, scoring the quickest lap in the race, and also winning the Grand Prix by leading every single lap of the race.

Considering how difficult it is to score the prestigious achievement, only 25 drivers have scored a total of 63 Grand Slams to date.

Looking back at historical Grand Slams

The first Grand Slam was scored by Juan Manuel Fangio of Argentina during the 1950 Monaco Grand Prix.

Jim Clark, an English driver, has the record for the most Grand Slams. These include 8 within just 3 years.

His first Grand Slam was in Aintree in 1962 while his eighth was in Germany’s Nurburgring back in 1965.

Looking back at the history of Formula 1 to date, only three drivers have been able to win sequential Grand Slams.

The latest driver to become a part of the Grand Slam achievers list is Red Bull‘s Max Verstappen.

He achieved this feat at the Austrian Grand Prix this season after having a picture-perfect weekend.

Additionally, he also earned the record for the youngest driver to achieve a Grand Slam in an F1 race. At 23 years and 277 days, this was a major record for the Dutchman.

Max is the son of Jos Verstappen, who is a former F1 driver himself. He is currently having a breeze of a race after placing himself on the leaderboard this season.

Verstappen has claimed a hat-trick of race victories after winning the latest Austrian Grand Prix which extended his championship lead over Lewis Hamilton.

He leads the driver’s standings over Hamilton by 32 points.