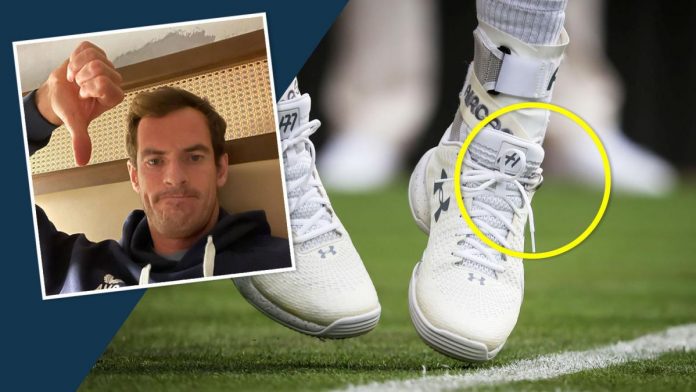 Andy Murray continues to exceed expectations with each passing tournament and has often shown glimpses of returning to the sort of form that saw his name uttered in the same breath as Roger Federer, Rafa Nadal and Novak Djokovic.

Although the frequency of his victories have not been quite as high as most Murray supporters would hope for, he has still managed to show his class over the likes of Hubert Hurkacz, Frances Tiafoe, and Carlos Alcaraz.

On the back of his recent displays, Murray was offered a wild card entry at the Stockholm Open in Sweden. Murray has been pitted against local boy Viktor Durasovic in the first-round.

The sporting icon indulged in a candid conversation ahead of the fixture and discussed a number of things. Perhaps what was most interesting in his conversation, though, was the story of his wedding ring.

When Murray lost his wedding ring

During the Indian Wells, Murray put everyone on high alert when he revealed that he lost his shoes. He explained how he had placed them under the car and could no longer locate them.

While this was not necessarily something that would set alarm bells ringing, he went on to declare that he had tied his wedding ring to the shoes to set social media in a frenzy.

💬:”I love the fact that the tournament is played in an actual tennis club” pic.twitter.com/qvfCzftJSz

He later announced that he was able to find both the shoes and (more importantly) his ring.

It was naturally a question that the reporter was bound to ask Murray about in detail. This habit, after all, is not really that common.

Murray explained his actions. “Yeah, so I have a double-handed backhand. If I have it on here (hand), it rubs and it’s uncomfortable. I don’t wear a necklace or anything to tie onto.

There was an air of nonchalance in the way that Murray answered that question that points to his affable personality off the court. It is perhaps one of the many reasons apart from his performances on the court that has helped him attain such popularity.

As mentioned earlier, his performances have pointed to better times ahead (in the near future, for his sake).

While hoping that he can climb back up to the lofty heights he had once attained might be a bit of a far cry, one can expect him to cause an upset or two in the 2022 season.

Do you think Andy Murray has what it takes to advance to the latter stages of a Grand Slam next year? Let us know in the comments below!

Sergio Garcia hails Rafael Nadal for being a supreme competitor