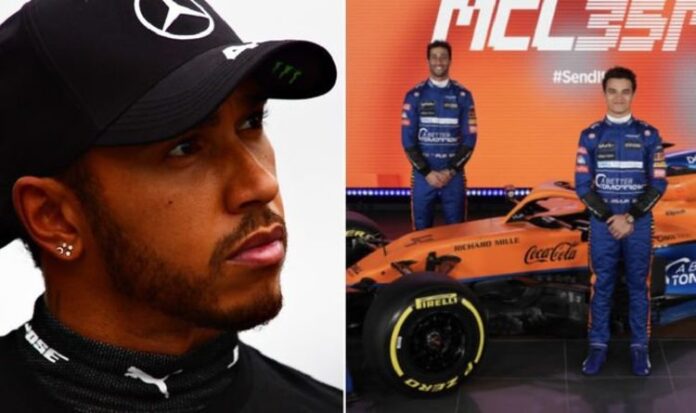 Will Buxton has offered predictions for the future of F1, and has looked way beyond 2022.

Every team is planning for their next driver line-up for the upcoming season. F1 teams take things one season at a time for the most part. Pundits also try to look a year ahead at best. However, Buxton has predicted situations for several years, and the entire thing is quite bold.

Speaking to the official website, Buxton offered his predictions, saying, “We’ll start down at Red Bull Racing, where in my little scenario the team took Drivers’ and Constructors’ glory in 2021 and opted to stick with Sergio Perez for 2022. A combination of their focus on the previous year’s successful title fight and a resurgent Mercedes however, left them struggling to keep up in 2022.

“At (the) season’s end, Red Bull got the man they’d been eyeing since early 2021 and shocked the paddock by announcing they’d lured Lando Norris away from McLaren. Having paid an eye-watering sum to initiate a break clause in his contract, he gelled with the team immediately.

“Second in the Constructors’ Championship in 2023, Verstappen nevertheless takes the Drivers’ crown. In 2024, it’s Norris who takes the World Championship as Red Bull take back-to-back team wins. They enter 2025 as favourites again,” he wrote.

He then talked about Mercedes, saying, “Over at Mercedes, having missed out on the World Championship in 2021, the team swings back in 2022. Lewis Hamilton, now partnered by George Russell, takes his eighth World crown and announces he is retiring from racing.

“He moves into a sporting director role at the team, emulating his great friend Niki Lauda and intending to one day in the near future take over the reins from Toto Wolff. Late in the driver market again, Mercedes offer Sergio Perez a lifeline for 2023, but they drop down to fourth in the championship.

“Far better prepared for the following years, they replace Perez after one season with Daniel Ricciardo on a multi-year deal from 2024, and after steady progress to third at the end of the season, Daniel and George enter 2025 hopeful of taking the World Championship.”

These are eye-watering predictions, and it’s a lot to take at once. His bonus prediction includes a Pierre Gasly-Patricio O’Ward partnership at McLaren. Forward-thinking? Yes. Wishful thinking? Also yes.

Read more: Toto Wolff assures a ‘great future’ for Valtteri Bottas if Mercedes let him go – “I see it as my duty”

“Had my breast grabbed and couldn’t report it”: Sexual harassment common...