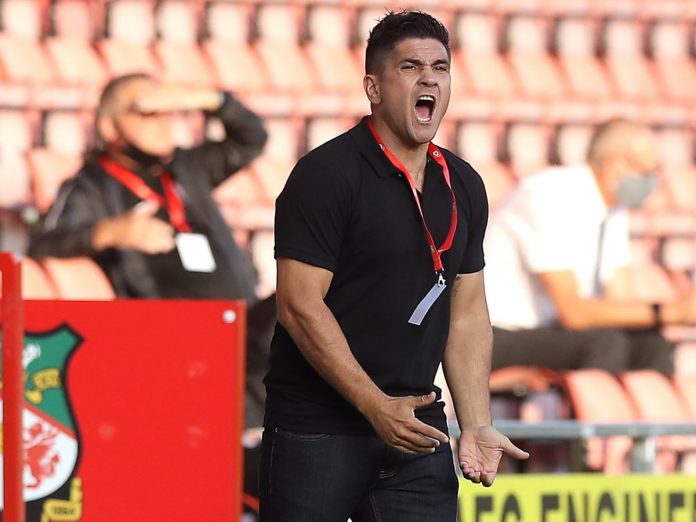 After getting beaten 1-0 by Leeds United and getting thoroughly outclassed in every department, Watford took the decision to sack head coach Xisco Munoz.

An official statement confirming his departure was announced shortly thereafter, with Munoz being the first Premier League coach to be sacked this season. This came as quite a shock, because Watford sit mid-table in the league and are currently in 14th place.

Munoz departs a hero of Vicarage Road, having overseen the club’s promotion to the top flight last season. His managerial record at Watford stood at 36 matches played, with 21 victories, four draws, and 11 defeats taken.

Watford have hardly been disastrous, and have taken seven points from seven games. This is far from relegation form, but the Hornets’ management decided to axe Munos.

The Watford board released a statement revealing Munos’ departure. It talked about a recent string of unimpressive results, and how Watford felt they were substandard.

“The Board feels recent performances strongly indicate a negative trend at a time when team cohesion should be visibly improving,” it said.

“The Hornets will always be grateful to Xisco for the part he played in securing last season’s promotion and wish him well for his future career in football. No further club comment will be available until the imminent announcement of a new head coach.”

The surprising thing about this is that only seven games have been played in the Premier League. Moreover, Munos is the coach who oversaw a strong run of form that saw Watford secure promotion in the first place.

Munos took over in December 2020, replacing Vladimir Ivic. At the time, Watford were struggling, and a return to the top flight seemed unlikely. However, Munos’ arrival did just that, as Watford were promoted after finishing second in the Championship.

Watford’s return to the Premier League got off to a great start, when they beat fancied Aston Villa 3-2. They then lost the next three games against Brighton, Tottenham and Wolves. They got a win back against Norwich, winning 3-1.

However, disappointment ensued when they drew 1-1 against a tepid Newcastle side that were there for the taking. Then came the aforementioned Leeds match, where the scoreline flattered the Hornets. They were comprehensively outclassed and were lucky to have conceded only one goal.

The loss saw Watford slump to 14th, which is by no means a concerning position yet. Nevertheless, the board decided that wasn’t good enough, and Munos became the first Premier League manager this season to get the sack.

What’s going to happen with Watford after the loss?

With Munos gone, Watford needs a new coach. The timing of the sacking happened during the two-week international break. In the early days of the break, Watford announced that former Premier League winner Claudio Ranieri will take over at Vicarage Road.

Ranieri needs no introduction, having achieved the greatest miracle in the history of football. He previously managed Leicester City, with whom he won the league beating 5000/1 odds. It was unprecedented and immortalised Ranieri as a legend of English football.

Besides Leicester, Ranieri has also managed Chelsea, Atletico Madrid, Juventus and Inter Milan. He will replace Munoz and begin his tenure after the international break.

The Italian was approached by the Pozzo family for the job. According to reports by Sky Sports Italia, he “took only a few hours of negotiations” to accept the offer and join Watford.

The 69-year-old will bring experience and craft to Watford and its players. His achievements are many, but the most extraordinary one was winning the league with Leicester. It is a feat that is talked about even today.

Leicester City were relegation material at the start of the 2015-16 season. Their players came cheap and unproven, but Ranieri coached them into a cohesive unit. Even then, no one foresaw the ultimate underdog clinch the top prize while established heavyweights looked on stunned.

With players like Jamie Vardy, Riyad Mahrez, N’Golo Kanté and Wes Morgan, Ranieri’s team began racking up points slowly, but steadily. Each win saw their confidence grow, and each loss was a lesson for them.

They ended up winning the Premier League in stunning fashion, beating Arsenal and Tottenham to the title that was the greatest achievement in the history of football. It is football heritage, and Ranieri arrives at Watford with that pedigree on his CV.

Ranieri also had spells at Nantes, Fulham, Roma and Sampdoria after Leicester, and is now making his return to England. He will be the 13th manager to take charge of Watford since 2012. As you can see, Watford is really trigger-happy with managers.

Ranieri will begin his tenure in a match against Liverpool on October 16. That is a very difficult fixture, and no one is really expecting him to win. If he does, however, it would be a major statement of intent.

Will we see Xisco Munos again?

Meanwhile, Munos finds himself without a job for the time being. He was also sacked without warning or intimation.

Nevertheless, he is a competent manager who a lot of teams will be eyeing. Having led Watford back to the top flight, there is no doubt that he possesses ability and tactical adaptability. Teams needing a manager can certainly do a lot worse than Munos.

We believe that Munos will be appointed by a club sooner than later.

Should fans be stubborn with the idea of a brand of football?