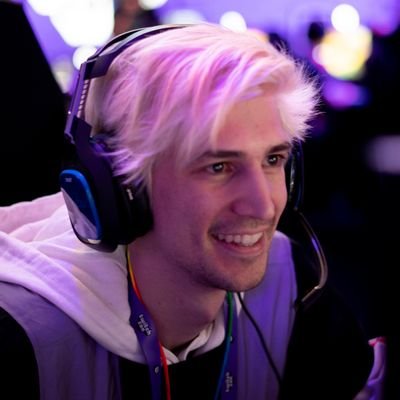 Félix Lengyel, also known as xQc or xQcOW on the internet, is a Canadian Twitch streamer, internet personality, and former professional Overwatch player.

After finishing secondary school, Lengyel went on to study humanities at CEGEP before pursuing a career in administration. He eventually dropped out after 3.5 years, just before graduating, and began streaming video games on Twitch.

Lengyel began playing League of Legends on Twitch under the name xQcLoL, but later discovered Overwatch and began competing in it.

Lengyel began his Overwatch career as the main tank for DatZit Gaming, a semi-pro esports organisation based in Montreal, Canada. Lengyel and his team won the Dreamhack Montreal 2016 Overwatch tournament on August 13, 2016.

Lengyel continued his career as a main tank on the Overwatch team “Q?” before being acquired by Denial eSports on October 12, 2016. Lengyel also claimed that Denial owed $2,900 to its players for allegedly failing to pay them.

After Denial eSports disbanded, Lengyel and the other members of the team played under the name “YIKES!” which was later changed to “Arc 6” after Blizzard requested it because the logo couldn’t be used and the name was deemed unmarketable. They competed in Season Zero of Overwatch Contenders after qualifying, but were eliminated in the group stage.

After Denial eSports disbanded, Lengyel and the other members of the team played under the name “YIKES!” which was later changed to “Arc 6” after Blizzard requested it because the logo couldn’t be used and the name was deemed unmarketable. They competed in Season Zero of Overwatch Contenders after qualifying, but were eliminated in the group stage.

On October 28, 2017, Overwatch League franchise Dallas Fuel announced the addition of Lengyel as their 9th player to their roster. Lengyel was a member of the team for several matches before coming under fire for homophobic remarks directed at rival player Austin “Muma” Wilmot of the Houston Outlaws on his Twitch stream.

For violating the Overwatch League Code of Conduct, Lengyel was suspended for four matches and fined $2,000 by the League. The suspension was later extended by the Dallas Fuel to include the entirety of Stage 1. Lengyel returned at the start of Stage 2, leading his team to victory over the Los Angeles Gladiators, and was named Omen by HP’s Player Of The Match.

Shortly after rejoining the Dallas Fuel lineup, Lengyel was suspended for a second time and fined for multiple social media violations and using derogatory language toward Overwatch League casters.

On February 2, 2019, it was announced that Lengyel had joined Gladiators Legion, the Los Angeles Gladiators’ academy team competing in Overwatch Contenders, as a substitute main tank. The team announced in late 2019 that they would no longer compete in Contenders.

Lengyel also competed for Team Canada in the 2017 Overwatch World Cup. They qualified for the World Cup after defeating the Netherlands 3-0.

The team advanced to the tournament’s finals before being defeated by defending champions South Korea. Lengyel was named the most valuable player at the event.

He competed in the Los Angeles Group Stage, finishing second to advance to the BlizzCon quarterfinals.

Team Canada announced in July 2019 that Lengyel would return as the team’s starting main tank for the 2019 Overwatch World Cup. The team failed to advance from the Group Stage after losing all four of its matches.

Following the cancellation of the Legion’s 2020 Contenders season, Lengyel decided to continue streaming full-time on Twitch. He streams for an average of 9 hours per day and regularly has more than 60,000 viewers. Lengyel was the most watched Twitch streamer in October 2019 and the 29th most followed.

Lengyel began streaming chess near the end of March 2020. Hikaru Nakamura, a fellow streamer and Grandmaster, came on his stream on April 2 to teach him how to play chess. In the months that followed, Lengyel would include chess games in the majority of his streams in an attempt to improve his Chess.com rating.

Lengyel’s collaboration with Nakamura, as well as the subsequent PogChamps events, are widely credited with sparking a surge in chess popularity on Twitch and other media platforms such as YouTube. Lengyel announced on his stream on October 1, 2020, that he had signed with Luminosity Gaming as a content creator.

Lengyel also has a YouTube channel, which he started on March 8, 2015, and where he uploads his stream highlights, reactions, and full playthroughs of games he plays on stream on a daily basis.

There were known cases of controversial acts prior to major incidents in the Overwatch League. His account was suspended twice because he violated Blizzard’s Terms of Service. The first incident occurred on November 17, 2017, when Lengyel was kicked out of a competitive Overwatch game in the middle of a match with a suspension message. For “misuse of the reporting system,” he was suspended for 72 hours.

Lengyel’s account was suspended again on August 11, 2018, for violating the Abusive Chat policy. He had apparently been reported several times by teammates for this offence. Overwatch World Cup issued an official warning for the suspension, but he was still allowed to compete.

On June 12, 2020, xQc was banned for 24 hours for viewing “explicit content” in a video of two gorillas engaging in intercourse. On November 18, 2020, xQc received a 7-day ban for stream sniping during a Fall Guys Twitch Rivals event. He also received a 6-month ban from Twitch Rivals and was forced to forfeit the event’s prize money.

Lengyel recently confirmed that he is dating his roommate and fellow Twitch stream Adept.

Read more: Pokimane net worth: How much does one of the most prominent female gamer make through Youtube?