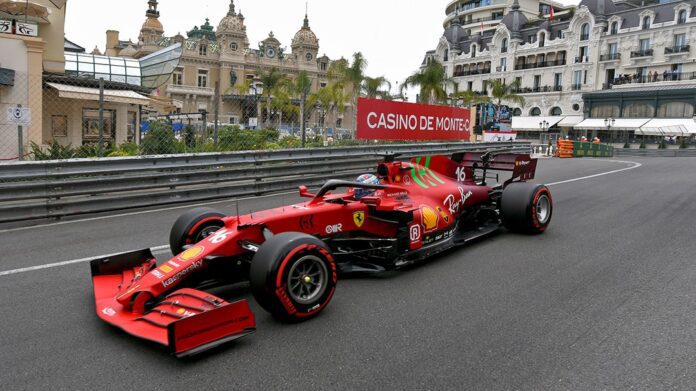 Nico Rosberg has admitted that he was wrong when he suggested Ferrari should sign Daniel Ricciardo in place of Carlos Sainz.

After a disappointing 2020 campaign, Ferrari has come out strong this season. While they do have an enhanced engine, it would be wrong to take credit away from their drivers.

Charles Leclerc was a testimony to what the Scuderia can achieve by winning pole for the Monaco Grand Prix. Unfortunately, he ended up crashing into the barriers after the qualifying which meant that he could not race on Sunday.

But his teammate Carlos Sainz’s performance has been exceptional as he managed a second place podium finish in Monte Carlo.

Sainz has had one of the smoothest transition to a new team as compared to anyone else on the grid this season.

The Spaniard’s performance has been in complete contrast with that of Daniel Ricciardo. The Australian has moved into Sainz’s vacated seat at both Renault and McLaren.

Ricciardo has been very vocal about his difficulty in adjusting to the MCL35M.

As a result, Rosberg had to take back his words after he was under the impression that a seven-time grand prix winner would have been a better fit for Ferrari.

Apart from Ricciardo, Sainz has fared better in adjusting to his new team than even Sergio Perez, Sebastian Vettel and Fernando Alonso.

“You have to make the comparison also with Ricciardo, Perez that are nowhere,” Rosberg told Sky Italy.

“They switched teams like Sainz, but Sainz seems like he’s always been there [at Ferrari]. Because he gets along well with the car, he’s pushing Leclerc. He was almost at his level this weekend.

“So congratulations, because he’s doing great. It’s been a great choice by Ferrari.

“I was very critical, I said ‘you have to take Ricciardo, why do you take Sainz?’ Instead, now he’s doing great. Mattia [Binotto] was right, for sure.”

“That’s great, that’s how it has to be. Because he knew in qualifying he was on a good lap to do the pole when Leclerc hit the wall.

“He had the speed – it’s nice to see him so strong,” he concluded.

Lewis Hamilton and Max Verstappen want their bosses to battle out...