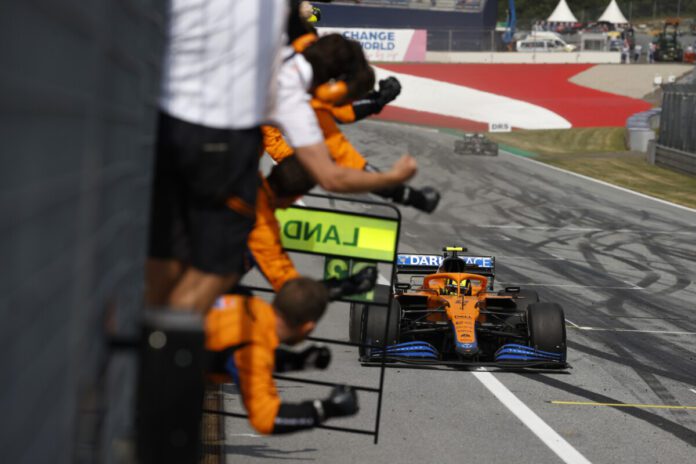 McLaren CEO Zak Brown has said that McLaren always tries to avoid placing too many eggs in one basket.

Brown has revealed his approach to making sure McLaren is successful. The team relies on multiple sponsors instead of one main one, like many other teams. Brown advocates this approach, and believes it is better. He feels that relying on one sponsor alone is risky and also means you have one source of income.

“I think the days of title sponsors writing the size of cheques that they did historically are gone and also with a title sponsor you tend to get, in my opinion, too many eggs in one basket,” Brown said.

“I would rather spread our sponsorship over a portfolio of partners. The other thing is, and Cisco WebEx did a really great job with the global TV campaign, it’s really important our partners activate us.

“So the more awareness Dells, the Ciscos, and the DeWalts can bring to the McLaren brand around the world, the better than having all your eggs in one basket,” he concluded.

F1 isn’t just teams battling it out on the track. There is way more to it, and sponsorships is one of those things. Wise deals can help a lot, and McLaren struck them with multiple organizations to ensure they remain on the grid for a long time.

McLaren is having a good season, currently sitting in P4 in the Constructor’s Championship standings. They are charging for third place, and will have to beat Ferrari to do so. They have every chance of doing it and becoming the team to beat after Mercedes and Red Bull.

The second half of the season awaits at the end of this month. McLaren will be looking to spoil Ferrari’s party, and snatch P3 from under their noses.

“We can give a fight to Ferrari”: Ocon vows to better...