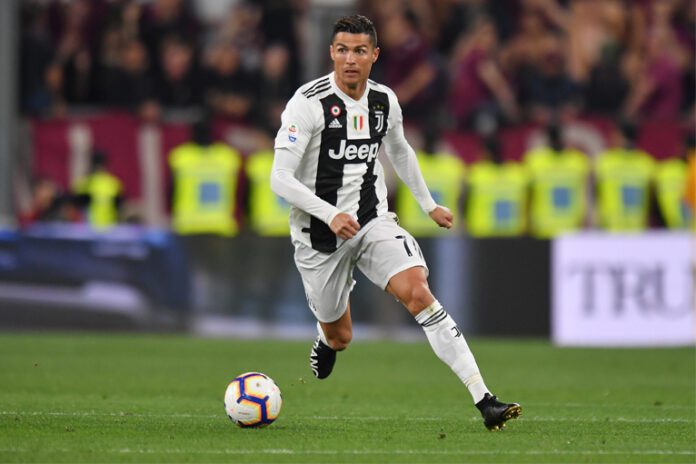 Cristiano Ronaldo dos Santos Aveiro is considered to be among the best footballers in the world to date. He currently plays for the Italian team, Juventus, and the national team of Portugal.

Ronaldo was born on the 5th February 1985 and had a difficult childhood. His mother had to work two jobs to support the family as his father used to drink a lot.

He found solace in playing football and by the age of 12, he was known around his locality for his skills.

At the age of 16, he became the first Portuguese player to join Manchester United.

Ronaldo’s career began in 2002 after he signed a deal with Manchester United for a record fee of $12 million pounds.

For three years he played in the midfield. However, by 2006 his skills caught attention after he scored over 100 goals for the club before moving on the Real Madrid in 2009.

His skill continued to grow after he scored a record-breaking 200 goals in 197 appearances.

Several clubs tried to buy him from Real Madrid during his time with the club.

Ronaldo played 438 matches with Madrid and scored a whopping 451 goals. This helped him win the Player of Year award several times.

How much is Ronaldo worth?

Cristiano Ronaldo’s net worth is around $500 million as of 2021 and is one of the most well-paid athlete in the world.

According to Forbes, Ronaldo earned $109 million back in the year 2019. This made him the second-highest-paid athlete after Lionel Messi.

Ronaldo, due to his name in the sport, has attracted a bunch of endorsements from brands like Tag Heuer, Clear Haircare, and Nike. This accounts for more than 40% of his income.

His deal with Nike will amount to almost $1 billion throughout his life.

He lives in a $6.2 million villa in La Finca in Madrid and even spent $18.5 million on an apartment in Trump Tower in Manhattan.

Apart from this, he also is the owner of a football-themed hotel located in his hometown of Madeira, Portugal. Often, Ronaldo has also been spotted wearing $160,000 a Jacob and Co. watch, probably a part of his endorsement deal.

Another interesting fact about him is that Ronaldo spent around $30,000 to have a wax statue of himself built which he keeps in his home. He also owns a bit of private land on Madeira Island where he spent time with his family during the pandemic lockdown.

Read More: Marcus Rashford net worth: How much does the Manchester United starlet make through salary and endorsements