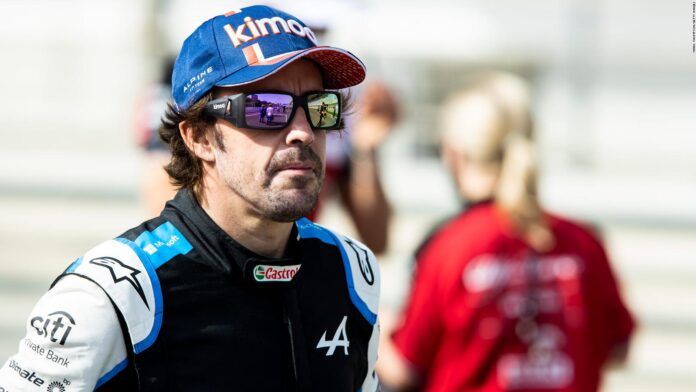 Fernando Alonso is excited about qualifying on the mediums, saying his team made all the correct choices during the session.

Alonso has been in imperious form for the last few races. He put in an absolute shift during the Turkish GP qualifying, and was rewarded with a P5 for his efforts.

The Spaniard was very quick all weekend at Istanbul, and managed to record blistering times on medium tyres. Alonso is excited about qualifying on the mediums, and hailed Alpine for their support.

“It felt good today and I am happy with the result,” Alonso said, as quoted by GrandPrix247.

“The car felt fast, and I think we made the correct choice on which tyres to use in all of the sessions. We were also fast enough to qualify on the medium tyres in Q2, which was a nice luxury to have!

“We seem competitive, so I think we have a good chance to score points tomorrow. Let’s see if we can keep the pace with those around us.

“I think strategy will be key, as we saw tyre graining was quite high in dry conditions. We’ll be looking at the weather forecast and take it step-by-step,” the veteran concluded.

Alonso’s teammate Esteban Ocon had a less impressive result. The Frenchman was knocked out in Q2 after being forced to abort his lap due to traffic.

“It would have been close to reaching Q3, but it happens like that sometimes,” Ocon said.

“We’re fighting some inconsistencies with the car at the moment, which we’re working hard to fix. We’ll keep working as a team to progress and get on top of it.

“Our focus is immediately on what we can do tomorrow, and the aim is to try and work our way back to the points,” he concluded.

Salo praises Mazepin after initial criticism for Russian driver – “We...