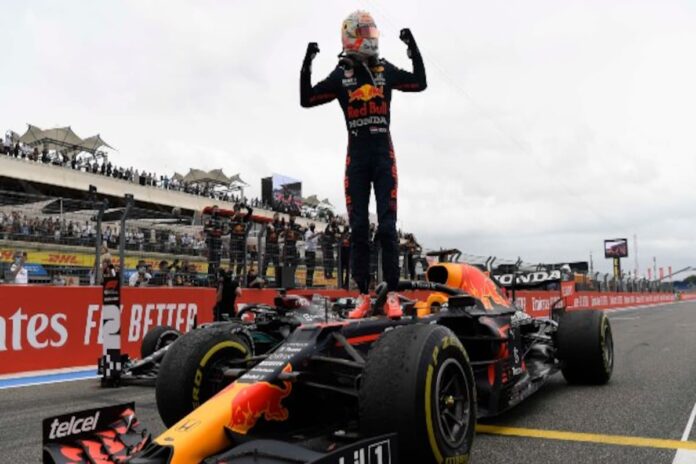 Christian Horner has responded to Sir Jackie Stewart’s criticism of Max Verstappen, saying that he has progressed a lot.

The Italian GP saw Verstappen initiate a terrible crash with Lewis Hamilton. He got hit with a three-place grid penalty for his rash actions. Many people criticised the Dutchman for his aggressive racing, including three-time world champion Stewart.

The F1 legend was not impressed with Verstappen’s move that saw both drivers fail to finish the race. He argued that Verstappen was hit with “a weak penalty” by the stewards. Although he regarded him as “the fastest driver in the business”, Stewart also described him as a driver “still slightly in the puppy stage”.

Horner responded to Stewart’s criticism of Verstappen, saying that he has progressed a lot since his debut in F1.

“But I think Max has shown great maturity this year. You’re always evolving, always learning, and I’m sure Sir Jackie made a few mistakes in his time.

“So that’s the journey of life. You learn from every experience and when you see the progression from a 17-year-old, when he came into Formula 1, to the driver he is today, it’s pretty impressive.”

When asked if he agreed with Stewart’s assessment of Verstappen being the fastest driver on the grid, Horner said, “It’s always going to be subjective and open to debate. I’m just glad he’s driving our car.”

Red Bull’s rivals Mercedes also acknowledged Verstappen’s talent. Team Principal Toto Wolff got in on the act, saying that the sky is the limit for ‘Super Max’.

“I’d like to echo what Christian said,” Wolff said.

“Obviously, Max isn’t driving for Mercedes, so I don’t know him really well. But his trajectory is impressive, not only the speed but also the way he tackles the weekends.

“Overall, he’s not at the end of his career, there’s more to come and part of that is the learning process,” he concluded.

“It would have been easier had I kept driving”: Rosberg explains...