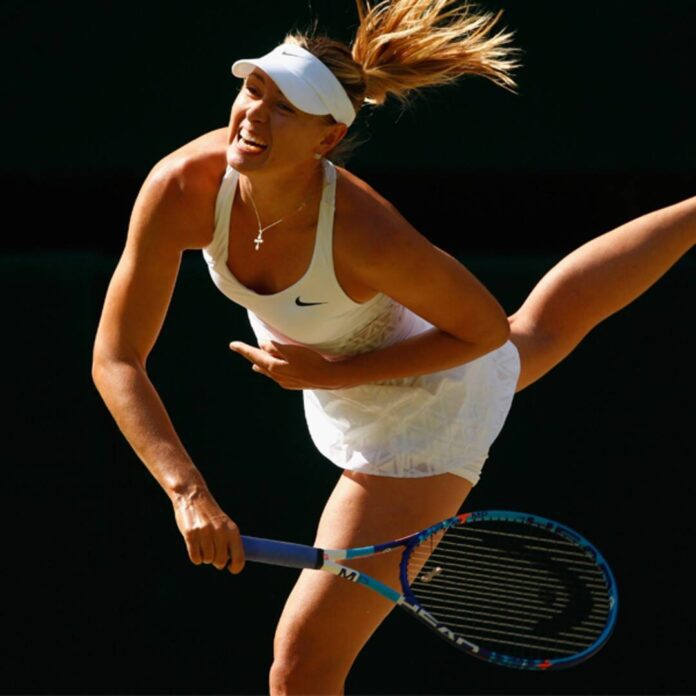 Maria Sharapova is a professional tennis player from Russia. Her net worth is estimated to be $180 million as of 2021.

The WTA has placed her as world No. 1 in singles five times, for a total of 21 weeks. She is one of just 10 women and the only Russian to have achieved the career Grand Slam.

Maria Yuryevna Sharapova was born on April 19, 1987, in Nyagan, Russia, to parents Yuri and Yelena. Her mother was forced to return to Russia since she did not obtain a visa and only joined them after two years.

Sharapova was not admitted to the Nick Bollettieri Tennis Academy right away because she was too young.

She began her tennis training at the Rick Macci Tennis Academy before signing a contract with the International Management Group (IMG), a major sports and talent management business based in New York.

Maria Sharapova won the Eddie Herr International Junior Tennis Championships in the girls’ 16 division when she was just 13 years old, earning her the title of ‘Rising Star.’

Because of her age, there were a limited number of professional tournaments she could compete in. As a result, she opted to focus on junior events.

Sharapova achieved the Australian Open semifinals and the French Open quarterfinals in 2005. She also advanced to the Wimbledon semifinals before falling to eventual champion Venus Williams.

In 2012, Sharapova won her maiden French Open victory, becoming only the tenth woman to complete a Career Grand Slam. She also reclaimed her global No. 1 rating in the process. She earned a silver medal at the London Olympics in 2012.

Read more: Roger Federer net worth: How much does the tennis superstar earn and where does he invest?