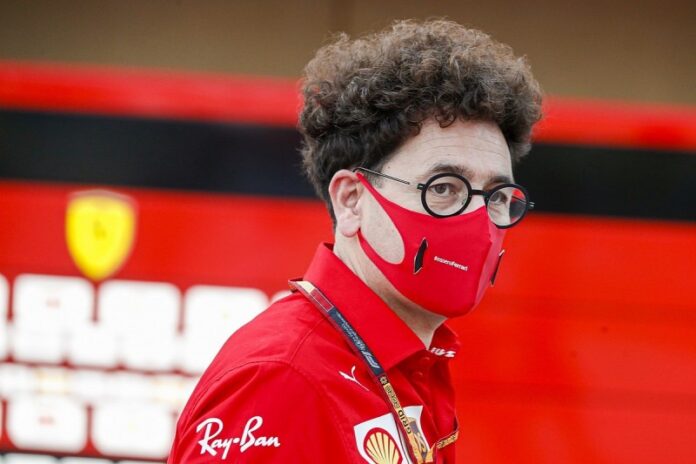 Scuderia Ferrari, despite a massive downfall in 2020, is currently among the strongest teams on the grid this current season.

2020 was highly chaotic for the Reds as they had to fight their way back to the top after enduring a difficult time.

The Maranello outfit was able to manage a brief comeback.

Up until the Hungarian Grand Prix, Ferrari have secured two pole positions thanks to Charles Leclerc. Additionally, they have also secured three podium finishes, courtesy of Carlos Sainz who secured two of them.

Amid the rise in their performance, the Prancing Horses are expecting to continue with their exceptional streak for the upcoming races.

Ferrari’s team principal, Mattia Binotto has revealed that the outfit will be carrying out a major upgrade to their power unit in the second half of 2021.

This could place the outfit in the top half of the grid, among Mercedes and Red Bull.

In an interview with Motorsport, the Ferrari boss stated that the team are looking for a strong second half of the season.

“From now to the end of the season we will bring an evolution of the engine. This year’s regulation allows us to bring a completely new power unit in all its elements,” he said.

“We at the beginning of the season brought some elements, but not the entire power unit.

“There will be some new elements, developed in the second part of the season, which we believe can give us a small contribution on the performance front, indeed, not too small. It will be significant,” the Italian added.

When can we expect the upgrades?

Binotto mentioned that it is only a matter of months before the new power unit arrives in the Ferrari’s garage.

But they won’t be implemented in the mid-season opener of the Belgian Grand Prix but after the race weekend in Monza.

“It will not be in Monza, but later in the season. Because we have anticipated as much as possible the developments for 2022,” Binotto said.

The upgrade will lay the foundation for the new-age developments in 2022. This will place Ferrari in an advantageous position in the next season.