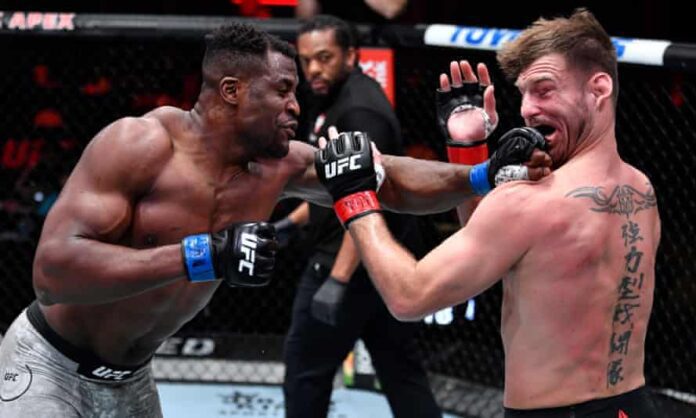 Stipe Miocic’s recent loss came at the UFC heavyweight championship against Francis Ngannou. The former champion has only one goal in mind: to rematch with Ngannou and reclaim the heavyweight belt.

During a recent interview with Submission Radio, Miocic claimed that Ngannou stole what was rightfully his. He said, “I want a rematch. I want to get my title back. He took what was mine, and it drives me nuts every day.”

Miocic also stated that he is fired up following his loss to Ngannou and explained why he despises the sensation of losing a battle.

Miocic, who describes himself as a competitive person, reiterated how much he despises the sensation of failure. He made it apparent how much he enjoys winning.

He stated, “I mean, I’m always fired up after a loss. I hate losing. You know, I’ve lost a few times and a lot of losses just drives me nuts. I hate losing. I’m very competitive and I like winning.”

Miocic met Francis Ngannou in a rematch from UFC 220 at UFC 260.

He defeated ‘The Predator’ in a five-round main event to retain the UFC heavyweight championship in their first meeting.

However, things took a different turn in their second meeting. This time, Ngannou kept his cool and used his ruthless power to defeat Miocic in the second round of their rematch.

With the victory, Ngannou became the third African fighter to hold a global championship in the UFC.

Nigeria’s Israel Adesanya and Kamaru Usman, the reigning UFC middleweight and welterweight champions, are the other two fighters on the list, with Cameroon’s Ngannou.

“I’ll never go out like this”: Cerrone says he still has...