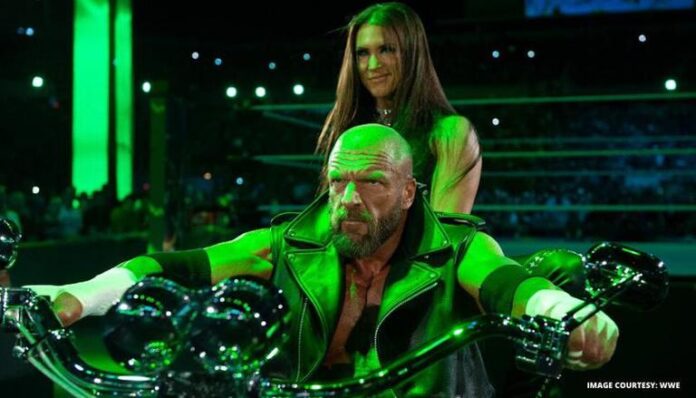 Most WWE Superstars work their entire careers to achieve their dreams. However, no superstar has progressed as far in the business as Triple H. ‘The Game’ has come a long way in his long and storied WWE career.

Triple H has been involved in countless brawls and is one of WWE’s top professional wrestlers even as an executive.

From an early age, Triple H was interested in wrestling. Following that, he began working out and exercising to bulk up.

His physique was impressive from a young age and he aspired to be a professional wrestler. Levesque’s path to the firm began when he met Ted Arcidi at a gym.

Arcidi, a WWE employee and world-renowned powerlifter, agreed to introduce Levesque to popular wrestler Killer Kowalski, who ran his own training facility.

Levesque began training with Kowalski and eventually fought in his promotion, the International Wrestling Federation (IWF), where he won the IWF Heavyweight title.

In 1994, Levesque joined WCW under the ring name Terra Ryzing. He worked as a villain for the promotion and soon had his name changed to Jean-Paul Levesque, which used his actual French surname. He even had a French accent.

He won the International Wrestling Federation (IWF) Heavyweight Championship once outside of WWE.

In addition, he has won the Royal Rumble twice, in 2002 and 2016. Helmsley’s 14 World Championships are the second-most in WWE history, trailing behind John Cena and Ric Flair’s total of 16.

Triple H’s net worth is estimated to be $45 million. This can be ascribed to his famous career, title reigns, and vigour as a businessman to the WWE engine. This figure is likely to rise as he focuses more on NXT’s worldwide expansion and other activities.

According to the WWE community report, Triple H and Stephanie McMahon have co-founded ‘Connor’s Cure,’ which is “a charity that they have personally supported through Children’s Hospital of Pittsburgh Foundation.”

The charity initiative was named after Connor Michalek, a little kid who suffered from Medulloblastoma which is a rare brain and spinal cord tumour.

According to the reports, “donations to Connor’s Cure will fund paediatric brain and spinal cancer research, as well as medical care for children and their families.”

Read more: The Undertaker net worth: How much did he earn and where did the WWE star invest his money?

Nike net worth: How much does the world’s largest sportswear company...