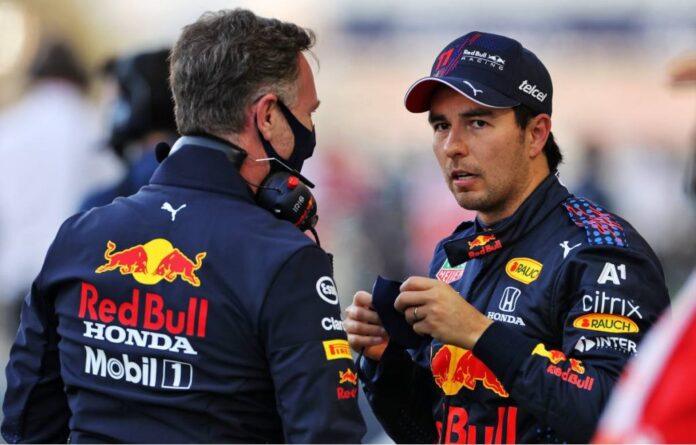 Red Bull’s Sergio Perez and Christian Horner have disagreed over their embarrassing Q1 exit at the Dutch GP.

Perez and Red Bull has a Saturday to forget at Zandvoort. It was made even worse by the fact that after his engine penalty came into play, the Mexican will start the race at the back of the grid. His teammate Max Verstappen, meanwhile, will start from P1.

The result disappointed Checo, who though that he and the car were good during practice.

“We were making very good progress and I think we had a big potential for today. I think we misjudged a couple of things,” Perez said.

He then proceeded to mention what his team did wrong to get the result they got.

“We were probably carrying a bit too much fuel for the start of Q1. Our cut-off was less safe than we thought,” Checo said.

Perez was having the terrible day from the starting itself. He left his garage late, and was greeted by traffic. This cost his precious seconds, and his subsequent out-lap was terrible. As he approached the final sector and the final chicane, he found himself behind a car at the second-last corner. Then, to add to his misery, the chequered flag was waved, keeping him at a miserable P16.

Not up to scratch

Horner spoke about Perez’s efforts, and expressed his disappointment with the result.

“I think his out-lap was just that little bit slow, so frustrating because obviously, we shouldn’t have a car out in Q1,” Horner said.

“Unfortunately, he’s missed it by about a second, so (it’s) very frustrating. It’s such a short circuit but, you know, 20/20 vision, we should have sent him out a little earlier.

“But yeah, certainly a quicker out-lap (was needed). He had enough space to start that lap,” he concluded.

“If he would have lost the race”: Wolff reveals consequences if...

Daniel Ricciardo explains how Norris’ form reminds him of his time...