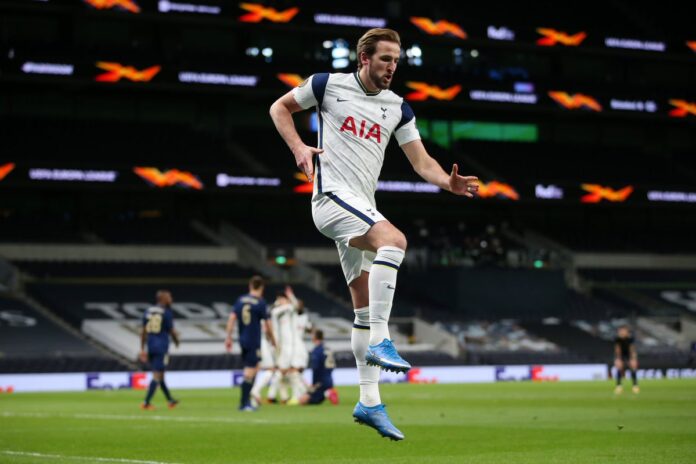 Tottenham Hotspur striker Harry Kane has returned to Spurs ahead of the new Premier League season.

The Golden Boot winner has to quarantine for five days before he can join his teammates to train. He had been on holiday in the Bahamas after an exhausting Euros campaign. His future at Spurs is unclear, and he is heavily linked with a move to Manchester City. Coincidentally, City are the first team Spurs face in the Premier League.

Kane failed to report for the pre-season fitness tests conducted last week. He faced massive backlash from Spurs supporters, who alleged that he was trying to force a move away from the Lilywhites. This comes on the heels of Kane telling Tottenham chairman Daniel Levy that he wanted to leave to play Champions League football. No European qualification and zero trophies won may also have contributed to his request.

Kane will return, and made it clear on social media. He addressed the situation on Friday, and spoke to fans about what had happened, and what he would do.

“It’s almost ten years since I made my Spurs debut. For every one of those years, you — the fans — have shown me total support and love,” Kane wrote.

“That’s why it hurts to read some of the comments that have been made this week, questioning my professionalism. While I won’t go into the specifics of the situation, I want to clarify that I would never, and have never, refused to train. I will be returning to the club tomorrow, as planned.

“I wouldn’t do anything to jeopardise the relationship I have with the fans who have given me such unwavering support during my time with the club. This has always been the case as it is today. Harry.”

Manchester City haven’t made an official bid for Kane yet. However, Pep Guardiola, manager of Manchester City, confirmed that City is interested in signing the striker. He spoke of what Kane would add to the team, but warned that the deal depends entirely on Levy.

The ball is in Spurs’ and Levy’s court. At least it is heartening to see Kane act like a professional and commit to his contract. Until someone comes calling, it looks like he will stay at Spurs.

Read more: Harry Kane: Where should the Spurs striker go next?

Cristiano Ronaldo’s family: a detailed study of the pillars in CR7’s...