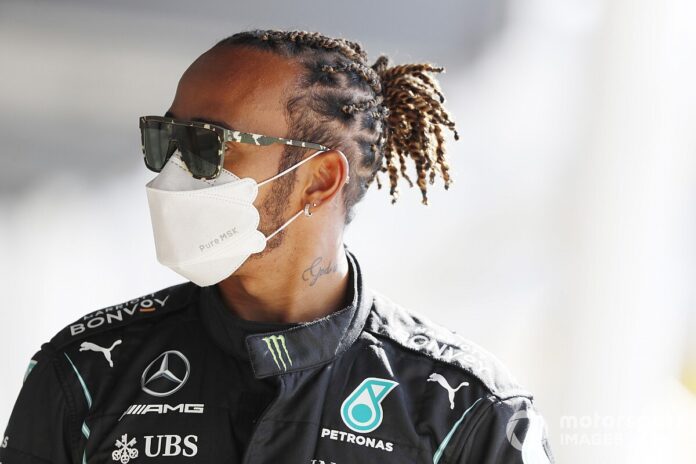 Mercedes driver Lewis Hamilton has disclosed that he does not want to stay in Formula 1 into his 40s like his colleagues Fernando Alonso and Kimi Raikkonen.

The 36-year-old is getting old for sure and wishes to explore other avenues in life.

Hamilton loves to be involved in several things at once. He likes to try new experiences and currently is involved in music, fashion, environmental activism, and even has a team in the Extreme-E racing series.

What did Lewis say?

“I sincerely hope not to rush at 40,” he stated in an interview with Corriere Della Serra

“There are so many things I want to do that it would be difficult. But in life, evolution is so rapid that it blows you away.

“For example, I didn’t expect to have as much fun as I am having fun this season.”

The Brit is expected to continue in Formula 1 till he claims his eighth world title, but things are still unpredictable.

‘I am in competition with myself’

Both Hamilton and Max Verstappen have currently locked horns to battle it out for the top position. The Dutchman is currently in the lead.

Hamilton, however, claims that his rivalry with Max is not what drives him. But finding ways to improve himself helps him a lot.

“The reason is that every day I discover new things about myself. With the pandemic lockdowns, I have had more time to refine my talent, body, and mind.”

“I always compete against myself. I think about how to fight, I look at how I was last year and how to overcome a seven-time world champion,” he concluded.

Read More: New statistics place Max Verstappen ahead of Lewis Hamilton in the fight for title

“Max is definitely ahead”: Marko backs Verstappen over Hamilton in terms...