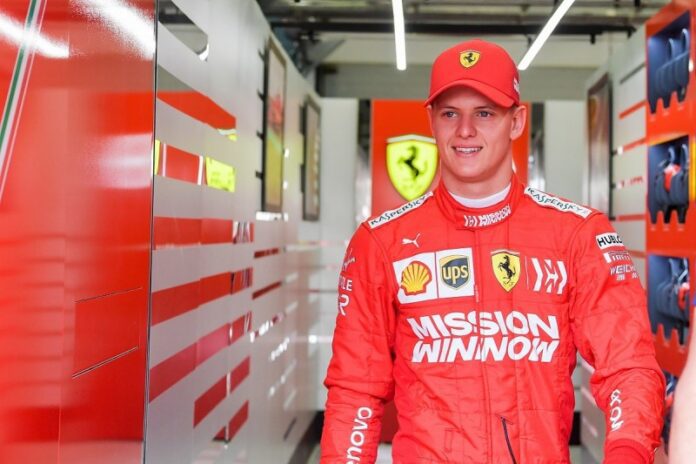 Michael Schumacher is arguably among the top Formula 1 drivers of all time. He has been responsible for placing Ferrari on the map.

The German has won five championships with the Italian outfit.

As a result, his son, Mick Schumacher was prompted to join the Ferrari driver program over Red Bull or Mercedes, following his father’s footsteps.

Unfortunately, both of Ferrari’s customer teams, Haas and Alfa Romeo have not been putting up a strong show this season.

In contrast, Red Bull’s sister team, AlphaTauri has occasionally been at the top of the mid-field.

Former F1 CEO, Bernie Ecclestone had thus suggested that Mick would fare a lot better if he decided to shift to the Red Bull’s junior program.

Mick’s uncle, Ralf Schumacher was asked to provide his opinion on this statement.

Ralf was in favor of Bernie’s opinion stating that the German would do a lot better with the Red Bull driver academy.

“Exactly! I agree with him. AlphaTauri with Franz Tost would personally be my first choice for Mick,” Ralf stated.

At the moment, Haas are facing their most difficult season yet. The outfit regularly finishes last and neither of their drivers have made it to the top 10 yet.

Nevertheless, Mick has been strong within his team. While he might not have the opportunity to shine with Haas, he did prove his worth in his first F1 season.

The Haas driver is one of the strongest contenders to be in line for a seat with Alfa Romeo next season.

But Ralf is not too keen about this switch stating that Alfa Romeo has not yet proved much on the grid.

“I’m sorry, but I’m not a fan of that either. Alfa has had a major investor in the background for years. And there is far too little for that,” he felt.

However, considering Mick’s commitment to Ferrari, it might be a while before he decides to quit the Reds.

Lewis Hamilton still has the option to ‘escape’ from his contract...

Toto Wolff talks about his bond with Niki Lauda’s son –...