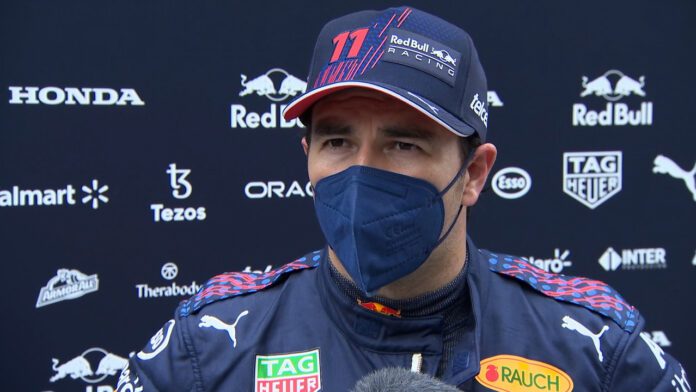 Red Bull driver Sergio Perez was finally starting to feel at home in his car when things turned around for him.

Perez has claimed that he is not comfortable in his car while driving at the iconic Red Bull circuit in Austria.

The Mexican recorded a time around seven-tenths slower than his teammate Max Verstappen in the FP 1 including recording a spin.

His performance in FP 2 was no batter after he recorded a time six-tenths slower than the Dutchman.

What did Perez say?

“I am not comfortable in the car,” said Perez to Skysports. “Track conditions were good and the track was improving as we went through.

“It will be interesting to see what happens overnight but most importantly from our side, we just have to find a bit of fine-tuning.”

“To have these issues where I am not comfortable with the car,” Perez continued while looking back on Friday’s sessions.

Checo is, however, optimistic about this race weekend claiming that despite his performance, his car does not lack pace.

If required, the car can cause significant damage to his opponents.

“We do have a good pace. The long-run pace seems to be promising if we can find a few tenths we should be in the fight,” he added.

Topping both practice sessions in Spielberg, Perez’s teammate Max Verstappen looked to be the strongest on the grid.

This has placed Mercedes in a tight spot for the upcoming two-race campaign in Austria.

Two more wins for Red Bull could pull the competition away from the Silver Arrows.

The Dutchman, however, thinks that if Lewis Hamilton‘s time had not been deleted during the practice, he could have topped.