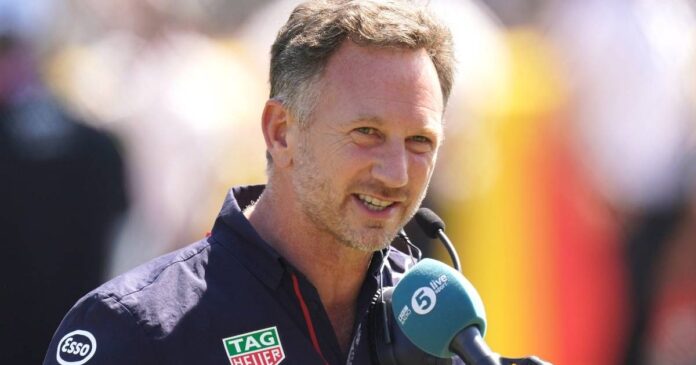 Red Bull are currently among the top-scoring teams on the grid and in direct competition with the number 1 team, Mercedes.

For a major chunk of the season until the Hungarian Grand Prix, Red Bull were leading the constructor’s standings.

This was due to the exceptional driving by their ace driver Max Verstappen.

However, the British Grand Prix and the Hungarian Grand Prix turned the tables in favor of Mercedes as they reclaimed their lost first-place spot.

Behind the race that goes on the track, there is a massive team working behind the lines to ensure a successful outcome for the team.

Horner explains the behind-the-scenes of a race

In a recent video posted by Red Bull Racing on their Facebook page, we can see team boss, Christian Horner explaining the pit wall.

He also talked about what all can be seen on the multiple screens that can be seen in the video.

Additionally, he also mentioned what Verstappen and Sergio Perez‘s bosses have to look out for.

During a race, it is a common sight to see several people manning the pit wall.

For Red Bull, we can see Christian Horner along with Adrian Newey and Gianpiero Lambiase.

In the video, Horner explains what they are able to see on the screens. He also reveals what he sees specifically.

The Brit goes on to state that the team have access to official Formula 1 data. However, the team also can see specific data of not only their cars but also several others.

This can often help them predict the course of the race.

Horner also revealed that since he is a bit old-fashioned, he prefers watching the track to understand the race.

Red Bull currently stand second in the standings and are waiting for the summer break to end so that they can reclaim their lost lead.