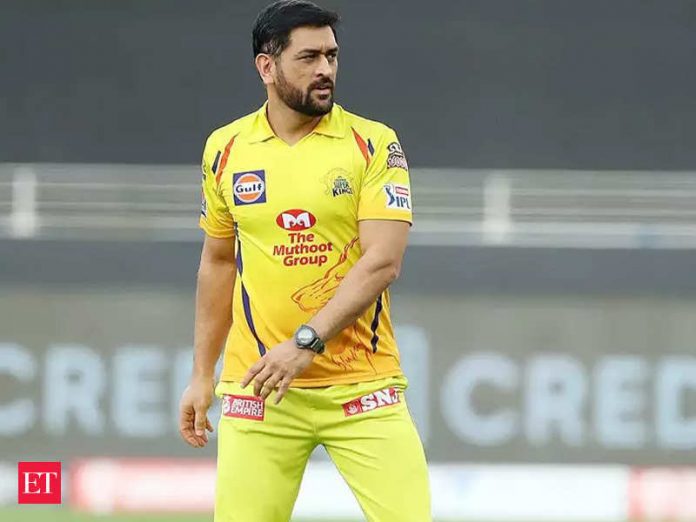 MS Dhoni said, “Definitely not,” when Danny Morris questioned if CSK’s final game in IPL 2020 will also be his final game.

The former Indian captain kept his word, and he will compete in the gala competition in 2021. However, many believe Dhoni will not play next season, and he has been in poor form with the bat.

That doesn’t appear to be the case, as Dhoni has hinted at returning to the IPL. In a virtual conversation with some of his supporters, the former Indian captain stated that he will ‘hopefully’ play his final game at Chennai’s M.A. Chidambaram Stadium.

Dhoni’s statement plainly indicates that he intends to play in the IPL 2021, which is now taking place in the United Arab Emirates.

“You will still get that opportunity to bid me farewell. Hopefully, you will come to see me in Chennai where I will play my last game and I can meet all my fans,” MS Dhoni said.

In the meantime, Dhoni, who retired from international cricket last year, has not been at his best in recent seasons. The dasher, who is known for slamming sixes for pleasure, has failed to get runs.

The 40-year-old has only accumulated 84 runs in his first 13 appearances in the 2021 edition of the league, with an average and strike rate of less than 15 and 100, respectively.

These figures aren’t particularly impressive. The talismanic cricketer, on the other hand, continues to excel in the areas of leadership and wicketkeeping.

Notably, a big auction is planned for next year, with each team being allowed to keep only a few players. As a result, it’s unclear if CSK will retain Dhoni outright or if the famous cricketer would be auctioned off.

When it comes to CSK’s IPL 2021 campaign, the three-time champions have been on a tear. After a difficult season last year, the Men in Yellow have handily secured a playoff berth and will be determined to win the title once more.

Harshal Patel is a worthy candidate to find spot in T20...