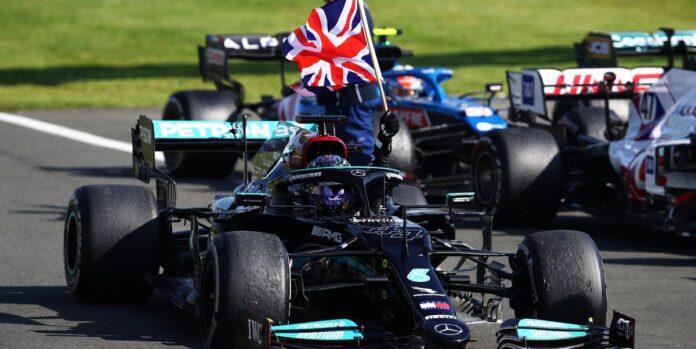 Marko has been on a Mercedes attacking spree recently, criticising anyone and anything associated with the Silver Arrows. Among his attacks were the comments which said that Hamilton was faking his neck injury.

There were also some which said that Mercedes was fabricating stories about it.

His latest attack has been directed at Hamilton attending the prestigious Met Gala after the Italian GP. Marko ridiculed Hamilton’s Met Gala outfit, calling it a funny one.

“The whole incident was certainly not life-threatening,” Dr. Marko said, as quoted by GrandPX.

“If he had really serious neck pain or any problems, he would not have been in New York the next day in the very funny outfit he appeared in. If you go on a seven-hour flight with an injured neck after an incident like that, it couldn’t have been all that serious.”

Red Bull personnel have commented on the crash that took place between Hamilton and Verstappen at the Italian GP, saying that it wasn’t Verstappen’s fault.

However, Verstappen was slapped with a three-place grid penalty, which he will serve at the upcoming Russian GP.

Due to their comments, Red Bull has been called out and criticised by fans for their apparent lack of concern regarding their involvement in the incident. The accusation is that they haven’t taken it seriously.

Marko denied those allegations, and stated that his team coaches Verstappen on avoiding collisions to the best of their abilities.

“From our side, we try to influence Max so that there is mutual respect and collisions are to be avoided where possible,” Marko assured.

“But they’re racing drivers. When the visor is down, all of that is forgotten,” he concluded.

Fernando Alonso sides with Verstappen over Hamilton in debate of best...

Valtteri Bottas is on the verge of getting replaced at Mercedes,...