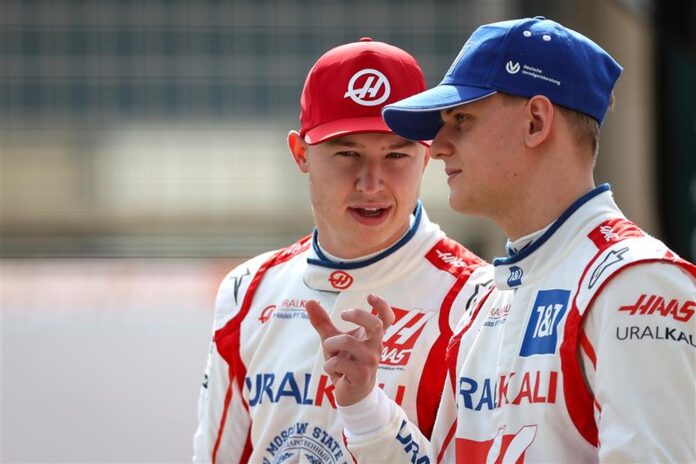 Nikita Mazepin has raged at Haas after nearly colliding with Sebastian Vettel because of his team.

The qualifying session for the race saw Mazepin and teammate Mick Schumacher at the centre of controversy. Because of them, Vettel was unable to complete his flying lap and was knocked out of Q1. There was nearly an accident too.

Both Haas drivers were trying to set the fastest lap in the dying moments of Q2. However, Schumacher suddenly overtook Mazepin, which sent the Russian into a fit of anger. He raged at Haas on the radio after nearly colliding with Vettel.

This was a reference to the rule at Haas that the drivers alternate between leading each other. Apparently, it was Mazepin’s turn at Zandvoort. However, Schumacher overtook him in the middle of the events, prompting Mazepin to exclaim that his German teammate had “f**ked him!”, as reported by Will Buxton.

After being told to carry on, Mazepin tried, but failed to get a good lap in. He asked, “Is there a chance to go again, or that’s it?”

When he was told the time was up, Mazepin said, “Yeah man, why the f**k?! Well, you said to me we are the first car.”

It was another goof-up by the American team, and unfortunately, Vettel was caught in the line of fire. Because of it, the four-time champion finds himself and his Aston Martin at the tail-end of the grid. Meanwhile, Mazepin and Schumacher will start last and second-last on Sunday.

Haas needs some points in any way possible. With the team on zero at the moment, it looks increasingly hard at the moment.