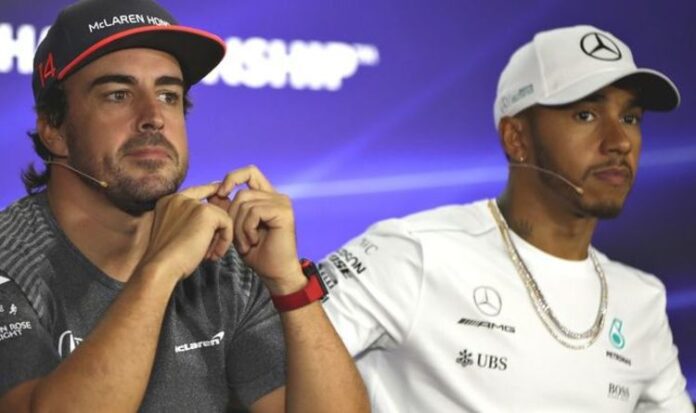 The Hungarian Grand Prix was one race that rekindled old rivalries between Alpine driver Fernando Alonso and Mercedes’ Lewis Hamilton.

Pit reporter, Jack Plooij takes a look back at the first half of the 2021 season.

What did Plooij say?

“In Holland, he is perhaps not the most loved because of that action with Max that is burned into everyone’s retinas,” said the pit reporter.

“But if we’re really honest, you also have to be a bit of an a**hole to be world champion.

Alonso helped both Ocon and Verstappen

“Who does Max have to be nice to? To nobody. He has to become world champion at all costs. Ocon is the same,” Plooij continued.

The help offered by Alonso to Ocon did not go unnoticed by F1 fans and Plooij alike.

“What a great help that guy had from Alonso,” he said.

Plooij also added that when Alonso stated that he was happy to help Max Verstappen, he really meant it.

“Absolutely. He holds a grudge against Hamilton,” he explained.

“Those two are like water and fire. So he thinks: ‘If I can screw over Hamilton, I will’,” he concluded.

The Hungarian Grand Prix saw Esteban Ocon take his first every victory. This placed Alpine on the roadmap of the top midfield teams.

We can only wait and see if this result continues.

Read More: Valtteri Bottas says he has been under unnecessary pressure due to George Russell link

“Big guys feel it when the next generation is coming”: Wolff...