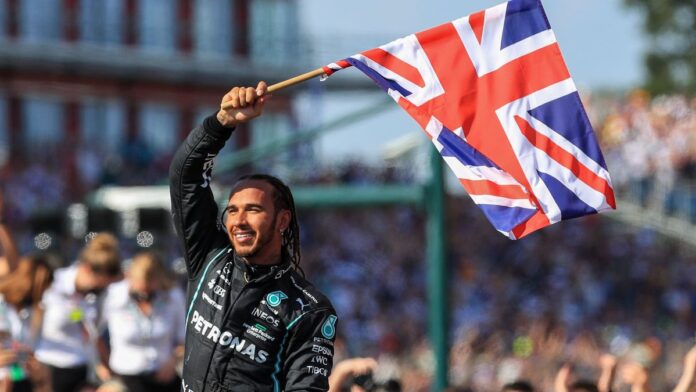 Mercedes driver Lewis Hamilton has explained his battle with his health after the Hungarian GP.

Hamilton had an eventful race, leading until a bizarre error by Mercedes saw him fall to last place. From there, he romped back and finished P3, securing yet another podium.

However, the race drained him, as everyone could see during the podium celebrations. Lewis looked exhausted and fatigued, and couldn’t even stand on the podium properly.

Hamilton was taken to his doctor, and it was later revealed that he had suffered from fatigue and mild dizziness. Nevertheless, he made it to the post-race press conference and provided an update on his condition.

“I am okay. Had really big dizziness, and everything got a bit blurry in the podium,” he said.

Fans were worried about his slow walk to the podium and his muted champagne celebrations. Hamilton offered an explanation for what had happened, bringing up his battle with COVID-19.

“I’ve been fighting all year really with staying healthy after what happened at the end of last year and it’s still…it’s a battle,” he said.

“I think (COVID effects) are lingering. I remember the effects of when I had it and training has been different since then. The level of fatigue you get is different and it’s a real challenge,” he concluded.

Hamilton raced his heart out in Hungary, and had a lot of things to deal with. The slip to the back of the pile, the stubborn resistance from other drivers, and the epic duel with Fernando Alonso might have taken a toll on the seven-time champion. We wish him a speedy recovery in the summer break to come.

F1 heads to Spa next, and Hamilton will hope to be fully healthy by the time the race rolls around.

“It’s a matter of getting the right people”: Horner hints at...