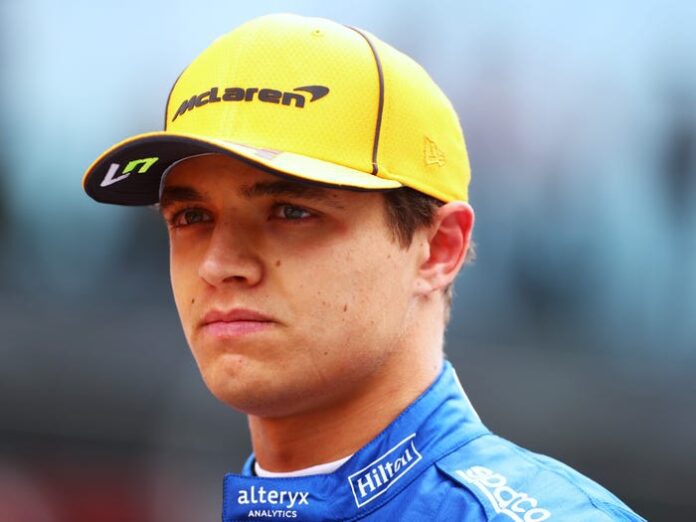 After attending the Euro 2020 finals, Lando Norris was on his way back to his car when he became a victim of a mugging.

The two culprits disappeared with the McLaren driver’s £40k watch leaving Norris in a traumatized state.

McLaren CEO Zak Brown has revealed ahead of the British Grand Prix how he is supporting his driver recover from the shock.

The finals of the Euro 2020 took place at Wembley on Sunday. After England lost to Italy, there was chaos everywhere.

While Norris was on his way to his car, he got mugged and had his McLaren Richard Mille team watch stolen.

For the next two days, Norris stayed silent while McLaren issued a statement on their social media.

However, a few days later, Norris broke his silence by thanking fans for their support during his difficult time.

He also had a long conversation with Brown following the incident who tried to motivate the driver ahead of the crucial British Grand Prix.

What did Brown say?

Brown revealed his own stories of when he got mugged back in Los Angeles.

“I have spoken with Lando about it a lot,” Brown said.

“I was mugged three times in Los Angeles when I was younger, so I shared my story. It’s easy to feel responsible when you’re the victim, as you’ve got a nice watch on,” he added.

‘Not a well-executed event’

“The reality is he did everything he was supposed to do. You’ve got bad people in the world. That was not a well-executed event. I went and it just wasn’t acceptable behavior,” he said.

“That needs to be fixed as you shouldn’t ever feel in danger at a big sporting event — you’d never see that in Formula One. He’s a bit traumatized but will be just fine,” he concluded.

Norris will arrive in Silverstone with a great record so far. However, we are yet to see how much this incident has impacted the Brit.