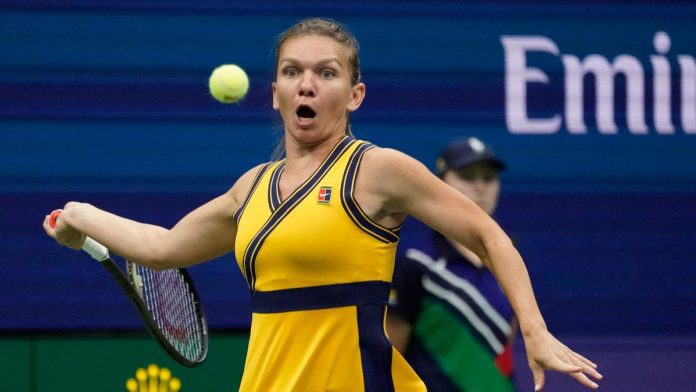 Simona Halep, the former world number one, was born in Constanta, Romania. Her parents are Stere and Tania Halep. Simona began playing tennis when she was four years old, after attending one of her brother’s training sessions.

She used to play soccer and handball as a kid. Halep moved to Bucharest for tennis coaching when she was sixteen years old. Halep has been in the Top 10 for the most weeks in a row. She was named the WTA Fan Favorite Singles Player in 2017.

Not only has the eager player gained fame and fortune, but she has also amassed a substantial fortune throughout the course of her career. She’s won two Grand Slams and 20 WTA titles. She won the French Open in 2018 and Wimbledon in 2019 after defeating Sloane Stephens and Serena Williams, respectively. In the same year, Halep guided her Romanian team to the Fed Cup semifinals. She is now coached by Darren Cahill.

In the WTA rankings, Halep is presently placed second. She was the world number one for the first time in October of 2017. She reached the Australian Open semi-finals in 2020, but lost to Garbine Muguruza in the last four.

At the Dubai Tennis Championships and the Prague Open, Halep triumphed. She also won the 2020 Italian Open, which was her second major WTA title. Halep was knocked out of the French Open 2020 in the fourth round by eventual champion Iga Swiatek. Due to the loss, she was unable to retain her world number one ranking.

Net Worth and brand endorsements

Halep’s career prize money totals $37,045,910, and she is one of Romania’s most well-known figures. In 2020, she was the world’s fourth highest-paid female tennis player, earning $10.9 million. Her net worth is believed to be $30 million.

In February 2018, Halep signed a contract with Nike, the world’s largest sportswear company. Prior to that, Lacoste and then Adidas provided the Romanians’ uniforms. Since 2016, she has been an ambassador for Hublot, a Swiss luxury watchmaker.

Halep and Vania King, a doubles player, collected toys for children in Miami in March 2018. She also became a member of the Little Star Foundation, an organization dedicated to improving the quality of life and long-term care for children with cancer.

They also help underprivileged children, their families, and their communities. Halep is also the founder and director of the Simona Halep Foundation.